- May 18, 2010
They say it's the happiest place on Earth, but I needed some convincing.  I've never been a big amusement park person, so while I didn't expect to really enjoy DisneyWorld, I did want to honor my family's wish to go there.  That was 3 years ago this month.

Even before we went, this has always been my philosophy on Disney:  just expect it to cost a lot of money, and don't go if that will bother you.  Because of this -- and because I expected it to be something I'd do only once in my life -- we waited to take Ben until I was sure he was old enough to remember going, and we gritted our teeth and dedicated a big budget to it.

I did all the research, including finding out which weeks would be the quietest since I really don't like crowds.  I made the reservations and then, at the last minute, remembered to email a friend from high school who has worked for Disney sales for years to ask his advice.  He convinced me to let him book our trip so that we could use his employee discount!  We were very grateful.


Joe, my friend at Disney, also told me that, despite my misgivings, I would love DisneyWorld.  He said, "A lot of people don't realize it's not an amusement park, it's a resort, and we work hard to make sure there's something for everyone." 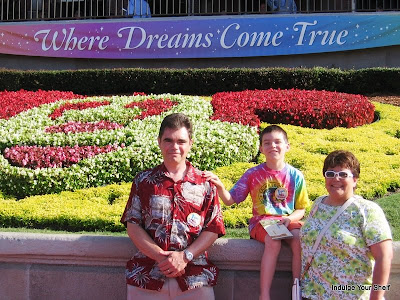 Do you know what?  He was so right.  I was in heaven the entire time we were there.  Which was, incidentally, my first time in Florida.

We didn't tell Ben where we were going until the day we left; the timing had worked out that we would be celebrating his 10th birthday on June 1 at DisneyWorld.  Moreover: our close friends were going to be there, visiting with their family, the very same week!  Completely unplanned! 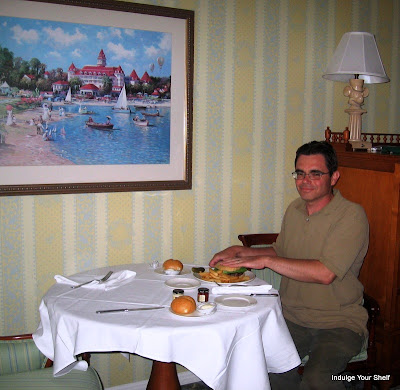 We stayed at The Grand Floridian, which is modeled after the Coronado Hotel in San Diego, CA. 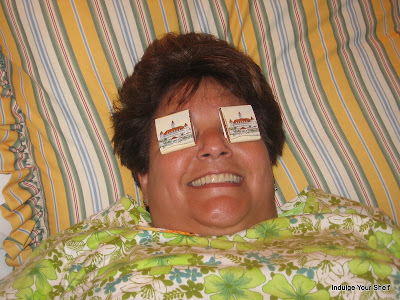 Of course, they do all the little extras...in this photo, I'm posing with some of the little chocolates they would put on our bed every night... 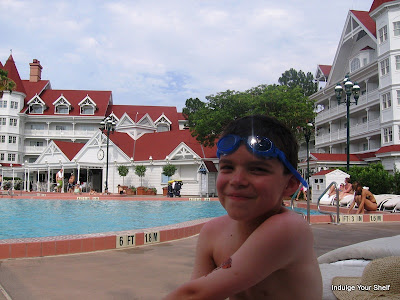 We had awesome weather the entire time, so we got to enjoy the pool on our down time. 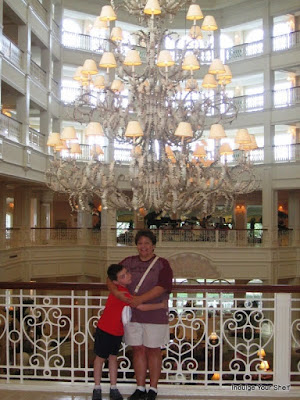 The hotel was just too beautiful for words, truly. 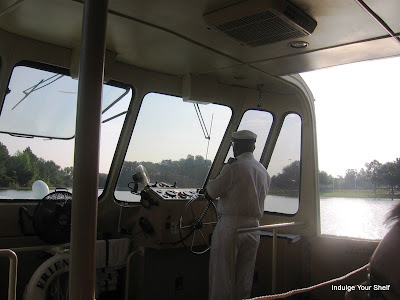 One of the coolest things about the Grand Floridian was using the Ferry to get to the Magic Kingdom -- it was just a short, peaceful float across the Lagoon; at night if we were tired from playing all day, we could sit in the courtyards to watch the fireworks shows from across the water. 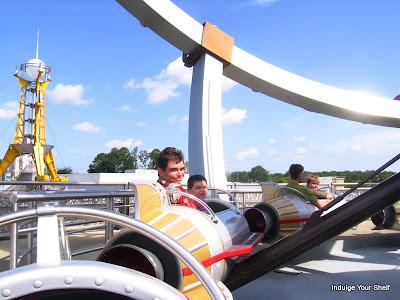 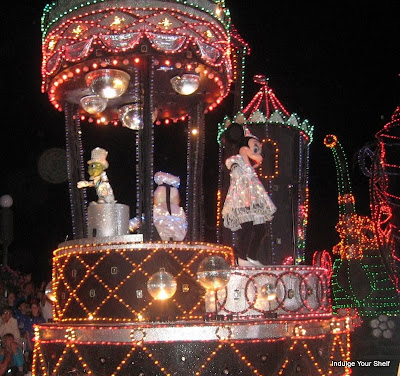 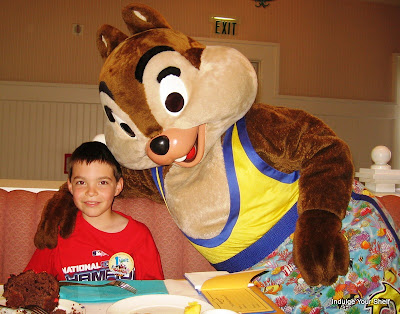 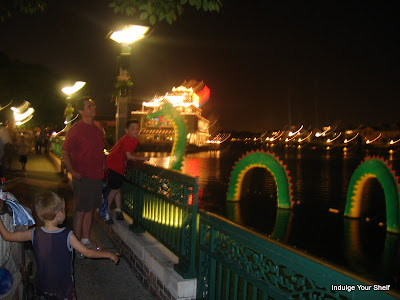 We took in everything during our week-long stay! 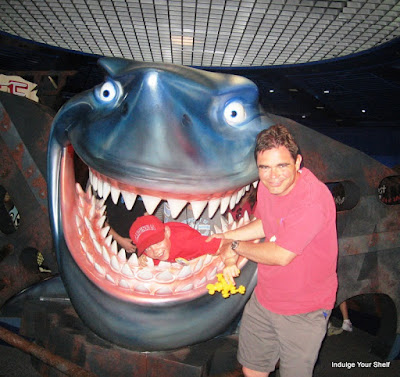 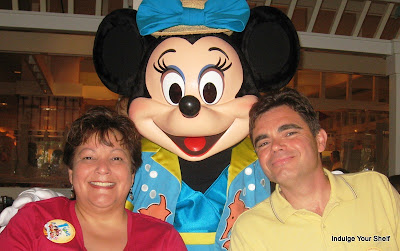 What a way to feel young again! 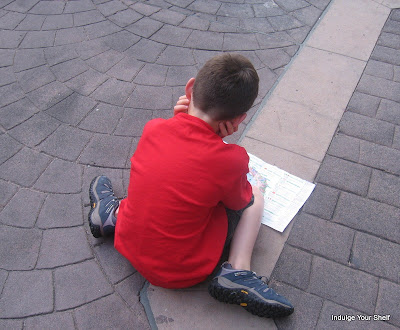 Ben kept us on track by making use of the great maps and guides they sent us with our reservations.  He made sure we got everywhere we wanted to go!  My favorite part of staying in a Disney hotel was that you could purchase stuff at the gift shops and they would send it back to your hotel for you!

We did all the parks, including the water parks, but I truly LOVED Epcot!  It was so fun visiting the different countries... 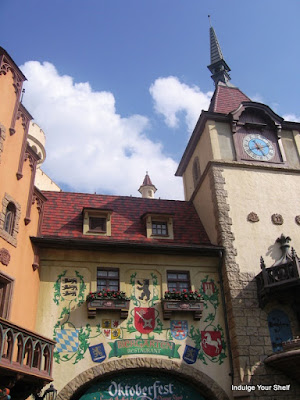 Germany...where I could speak German with the interns who were spending their summer working there... 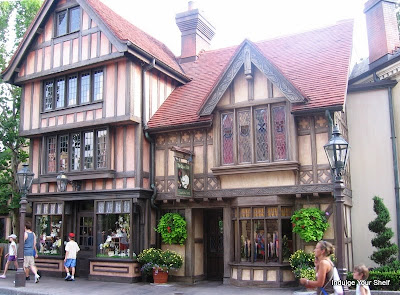 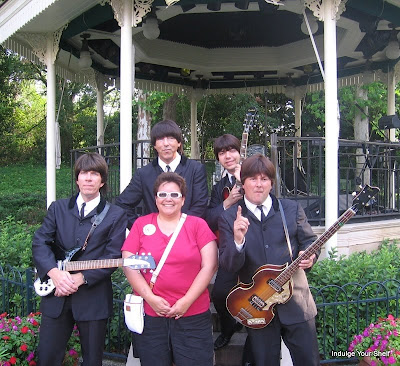 where I really enjoyed the Beatles cover band!! 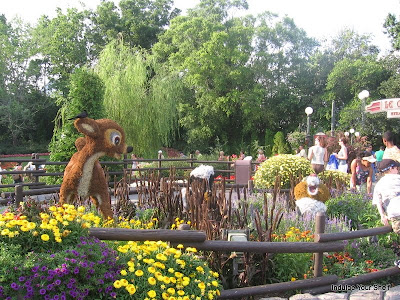 Everywhere you looked, the most amazing floral displays.  It was so relaxing to be surrounded by all that cultivated beauty. 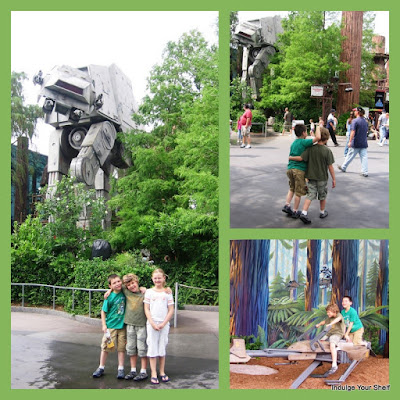 One day, much to our surprise, we bumped into our friends at MGM!  Ben had a blast riding a few rides with his buddy!  The only planned get-together with them was the night we planned Ben's birthday dinner at our hotel's lovely restaurant.

We had ordered a cake ahead of time, which was decorated and delivered to the restaurant and brought out to us to enjoy!  (When we arrived at the restaurant, we found they had printed out custom menus for our party with "Ben's Birthday Dinner" written at the top!) 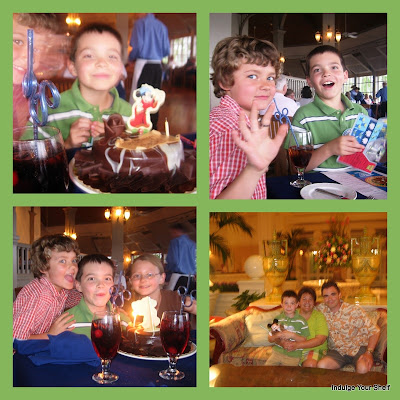 It was truly a memorable time.

On our last day at Disney, they were celebrating their Star Wars weekend.  We had already let Ben create his own, custom light saber in one of the gift shops.  It was not for the faint of heart, as each component had to be separately installed. 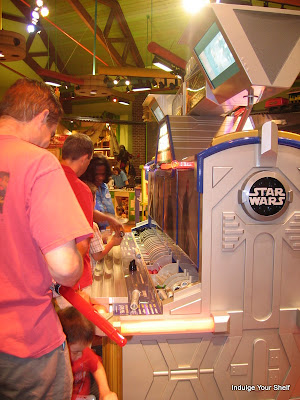 (The staff there had been specially trained for that event -- they told us they had attended Jedi School!) 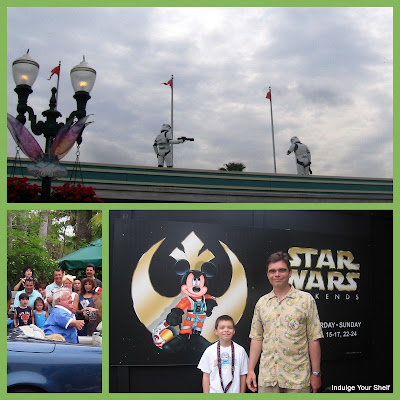 So that day at the park, there were storm troopers at the entrance, a parade of characters including the little man who played R2D2, and all kinds of other Star Wars themed activities.  It was the icing on the cake for Ben, who's the biggest Star Wars fan ever! 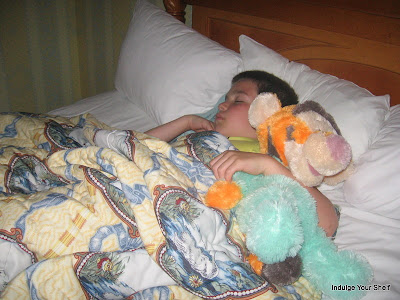 I'm sure I'll get in trouble for posting this photo...but we really did play until we dropped each day we were there!

We had such great weather; it only rained a bit on our last day there! 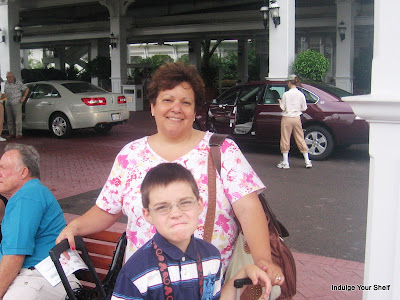 We were so sad to leave. 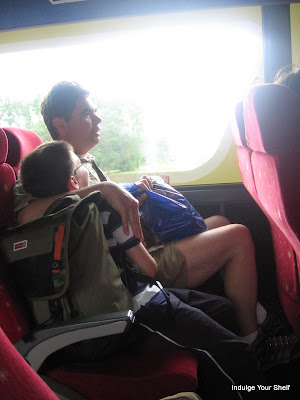 But had such happy memories...and as a consolation... 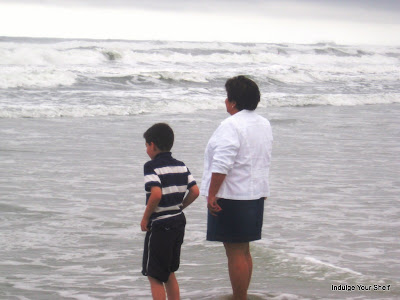 we ended the trip with a couple of days at the beach.  (I mean, how can you go to Florida and not go to the beach?)

I hope you enjoyed my reminiscing about DisneyWorld as part of my Etsy Blogger Street Team Carnival on "A Wonderful Family Vacation"!
Etsy Street Team family natural beauty

Bunty said…
What a trip! No wonder you had such a great time. We went there in 1988 (!) such a long time ago - I expect it has changed such a lot - but thoroughly enjoyed it all. We then spent a week on the beach at Sanibel - also wonderful.

Thanks for sharing your great family vacation.

Angela said…
That looks like a great time! My sister took her kids a few years ago, and like you, they waited til the kids were old enough to enjoy it and remember it!
May 18, 2010 at 3:24 PM

barb cabot said…
What a wonderful memory you've made for each of you. Looks like a fantastic family vacation.
May 18, 2010 at 6:09 PM

Linda Sue said…
You all are gorgeous- what a wonderful holiday and you are so right- who knew!!! That would have been last on my list of places but now I am putting it right up there near the top ten-ish...Great shots- beautiful family, Laurie. Lucky you!
May 18, 2010 at 11:03 PM

Melissa said…
Oh, I am so glad you all enjoyed your Disney trip. Growing up in Florida, I have been to Disney over 100 times (no joke). Every one of our school trips was to Disney. It was really nice to read about your first time. It reminds of how magical a place it really is. And staying at the Grand Floridian I bet was awesome. That is the one hotel I have never been in.
May 19, 2010 at 6:31 AM

Christine said…
Sounds like so much fun! I had to miss a chance to got to Epcot. My sis and neices went while I stayed at the hotel to tired to go! That was before I got my new heart.