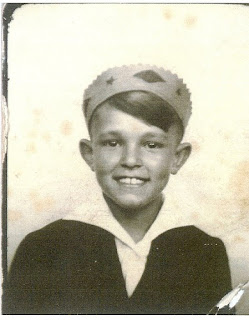 He, like me, was born in San Francisco.  Times were tough when he was a kid; he used to sell newspapers in the neighborhood, and shine shoes.  Summers, he would go to the Central Valley and pick fruit for pennies.  He joined the Navy as a teenager and served on a Liberty ship during World War II.

They were the greatest generation.
Dad wasn't one to show his affection.  I realized when I was an adult that the most ardent expression of his love for his kids was the way he provided for us.  No peddling papers or cutting fruit -- we had everything we needed. 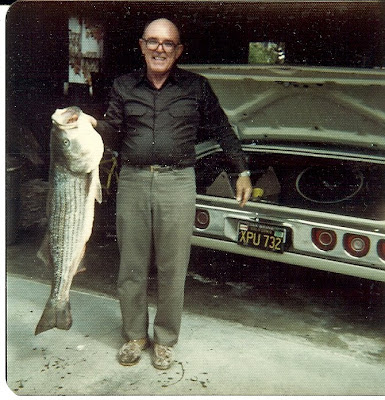 Here he is on one of his happiest days ever -- the day he caught this bass.  He loved to fish. 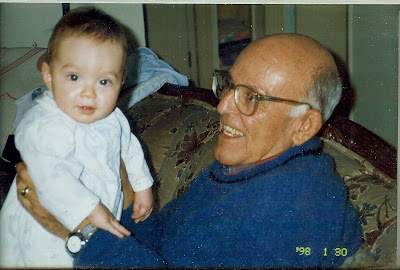 They loved each other.  I only saw my father cry three times in my life: once, when his son (my half brother) was shot by a stray bullet at a drinking party (he was fine); at my wedding; and the first time he held Benjamin. 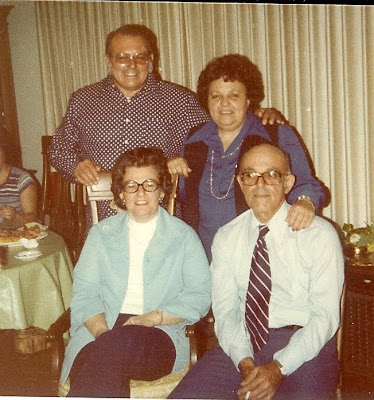 Dad (bottom right) with some of his siblings.  (Dad doesn't look happy, because this was the day of his mother's funeral.)


I'm sure he and mom are having a birthday celebration with his older sister, Mary, the one with her hand on his shoulder in the photo above, who went to join him on Mother's Day this year.
Come to think of it, they're probably hanging out with her, her husband who passed away last year, and their parents.  I'll bet they're sitting around the table, drinking coffee, and playing cards.
Happy birthday, Daddy.
family love

Sandra said…
Dear Laurie, a very loving tribute to honor your dear Dad. We do miss our Daddy's don't we. Mines has been gone longer than I knew him, and I miss him still so much, mine like yours, grew up in hard times, working where ever he could. Mine would have been 95 this year. I hope you had a chance to celebrate his day.
May 28, 2010 at 6:17 PM

Malisa said…
What a wonderful tribute to your dad! Your words about your father just radiate with love! I must admit that the photo of your father as a boy is one of the cutest photos ever! Happy Birthday to your Dad!
May 28, 2010 at 9:13 PM

Spotted Sparrow said…
Happy birthday to your dad! Thanks for sharing your stories and pics. That first picture is adorable. :)
May 31, 2010 at 12:50 AM