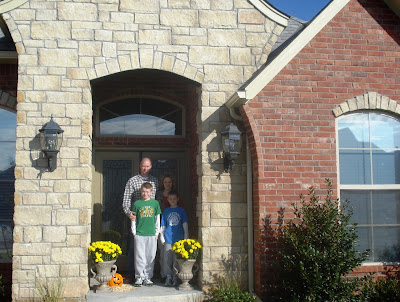 So, we arrived in Oklahoma City to see Jenni and her family and it was so wonderful! First of all, her home is amazingly gorgeous, in a new development which makes for a lovely neighborhood. 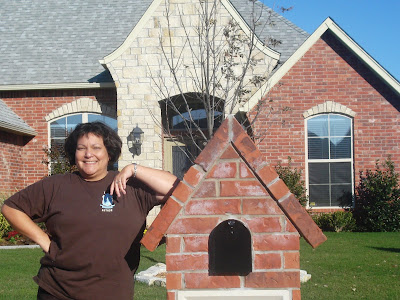 Even the mailbox is lovely!

I guess if they can't live in Colorado with us, I'm glad they live someplace as lovely as they do. (Sniffle.)
Almost as soon as we got there, Jenni began rolling out the dough for cinnamon rolls! 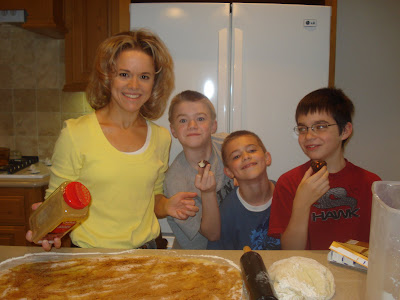 It was days of feasting, I tell ya! In addition to the wonderful desserts (brownies, chocolate chip cookies, banana bread and apple bread), she made homemade manicotti for us the first night (with homemade soup and Olive Garden salad) Then, the next night, we got to try her homemade "birox", which I'd never even heard of, much less eaten, before. There were akin to piroshki, only better -- filled with meat and cabbage -- and they were delicious! 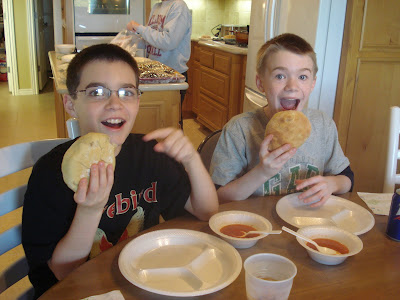 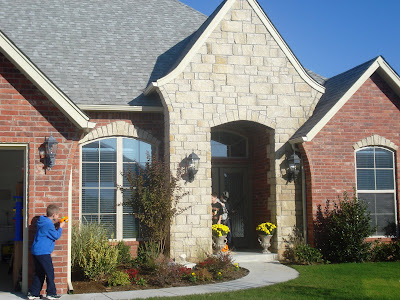 Over the next few days, when the boys could be torn from their playing, we visited some antique stores... 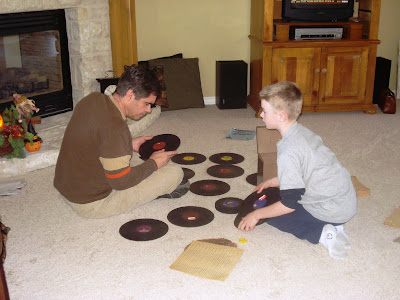 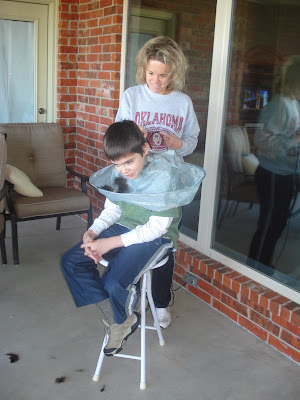 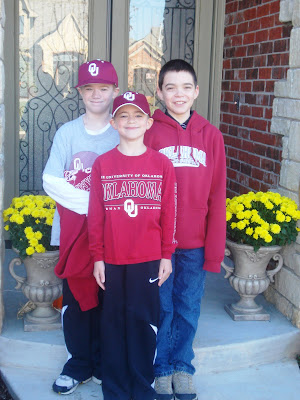 ...and, we joined the Sooner fan club in time for the big game against rival Texas Longhorns.

Jenni also took me to a store we don't have in Colorado, called Garden Ridge. It was like a craft store mixed with a home goods store, sort of. 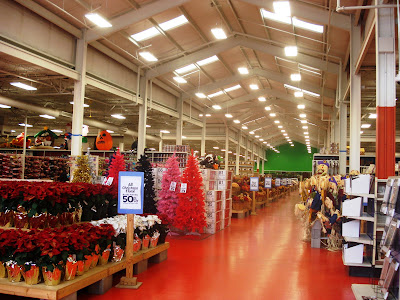 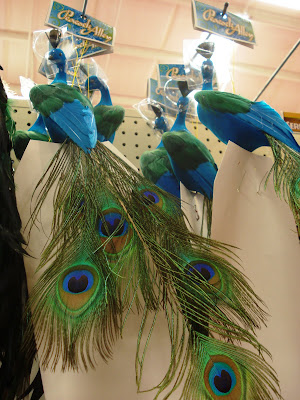 They had their Christmas stuff out, and I was really liking all their birds; they were inexpensive but pretty well made. 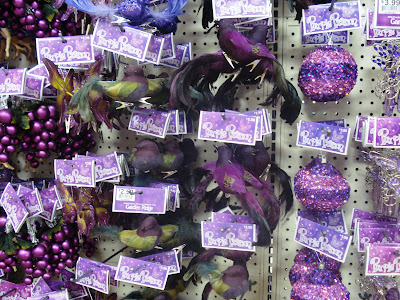 I bought a ceramic pumpkin and a large, lighted Christmas decoration for our front yard.

That evening, we went out to the 81 year old, well-known restaurant, Cattleman's. It was just like I expected it to be! 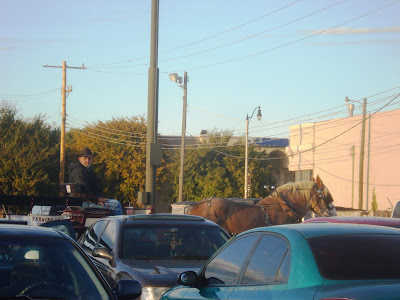 Well, I didn't expect there to be a horse and carriage "shuttle" from the parking lot to the restaurant's door. But I did expect fantastic food, and wasn't disappointed! 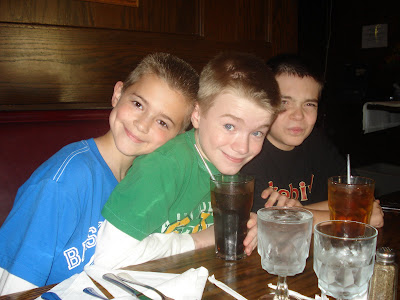 Next, I'll show you the lovely antique stores we visited in a nearby town, and some of what we got there!
friends

Coralie Cederna Johnson said…
Oh Laurie! I'm so happy for you all having such a fabulous visit! Am loving all the news and the photos! Thanks so much for sharing you adventures!!! Hugs, Coralie
October 20, 2009 at 6:32 AM

barb cabot said…
Laurie what a wonderful family trip to visit good friends. It all sounds like so much fun. The kids look so happy too. Good for the whole family. Enjoy and look forward to more on the visit.
October 20, 2009 at 6:58 AM

Christine said…
It looks like you had a great time! I think the birox are like sandwiches from a chain fast food in Nebr call Runza. I'm going to have to look that up. Looking forward to seeing more!

Charlene said…
I love Garden Ridge Pottery! I don't think there are any near where I live now, but I used to visit a friend near Houston, where they have lots of them. Glad to see you had a good trip--it's always fun to see old friends, and that much better if you get to go shopping!
October 23, 2009 at 7:46 AM