- October 19, 2009
Thanks everyone for checking in while we were gone! We had so much fun on our road trip to Oklahoma. On the first leg of the trip, we drove the 8 hours to Wichita. It rained the entire time we were on the road -- it never stopped! That was crazy, driving all that way in the driving rain. We stopped for the night at the historic Broadview Hotel. 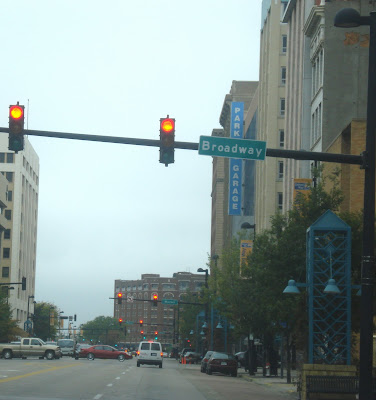 That's it at the end of the block -- it stretches for about a (short) city block. 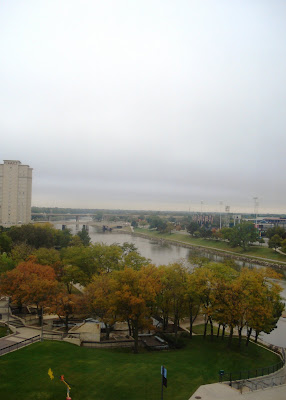 The hotel sits on the river. Here's the view from our window. By the way, I never even knew Wichita had a river!

Once there, we settled in and ate a good Kansas beef dinner in one of the hotel's restaurants, then got a good night's rest. The next morning, we had some time before we had to head down to Oklahoma City, so we visited the Museum of World Treasures. 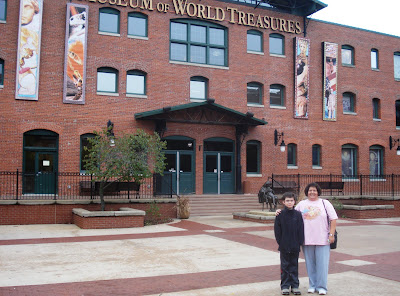 The museum was lots of fun -- tons of variety. It boasts "Ivan", a large dinosaur skeleton... 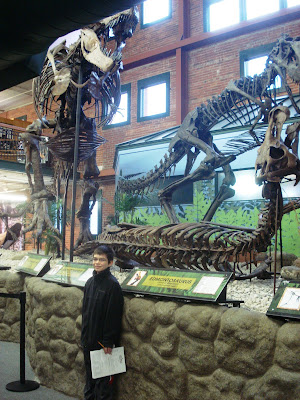 A piece of the Berlin wall... 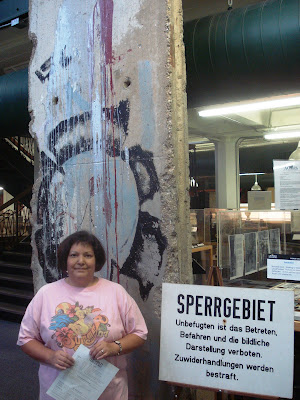 And, the pitchfork used by the scarecrow in The Wizard of Oz. 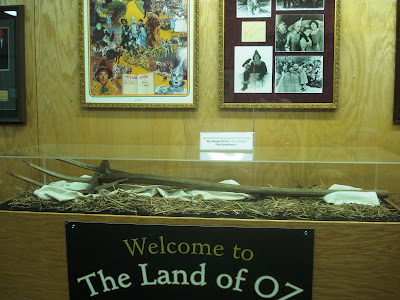 What I found the most fascinating were the rooms that housed the signatures of every US President, along with a good bit of info on each and lots of photos. (They wouldn't let us photograph the floor that held those artifacts, though.)

They also have two Egyptian mummies laid out for close inspection, which really, really creeped me out! Another unsettling exhibit was the scalp of Custer's nephew, Autie. (Shudder.)

After walking around the museum for about 1-1/2 hours, we were ready to jump in the car and head on to see our friends.

On the way out, I couldn't resist photographing this salon, Planet Hair. If you are a B-52's fan from way back, you can appreciate the play on words, and the fact that I couldn't get that song out of my head for the rest of the trip! 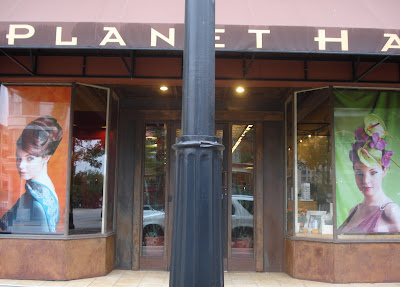 Linda Sue said…
Oh Laurie- thank you for the video, got me racing around the kitchen in a happy frenzy! Awesome b-52's! Glad you are safe and sound?
whenever i hear "Witchita" I think of the White Stripes...
October 19, 2009 at 10:18 AM

Christine said…
I hear my cat and your cat had a nice discussion while you were gone! I'm glad that you had a nice trip!