- May 23, 2009
The same year Dennis and I got married, our nephews Alex and Spencer were born. They are fraternal twins, born to my brother and his then wife. I'll never forget the day he found out they were having twins: they'd been to her ultrasound appointment and came over to my house for dinner right afterwards, still in shock. "Two heartbeats, Laurie. Two! That means we're having twins! There's two babies in there!" He explained this to me over and again, his eyeballs as big as saucers.
Their father commuted for his job between San Francisco and Santa Rosa on highway 101; if you've ever driven that route, you know that there are two nearby exits just north of the Golden Gate Bridge called "Alexander Avenue" and "Spencer Avenue." Driving back and forth those months awaiting the babies birth, he got kind of attached to the names. 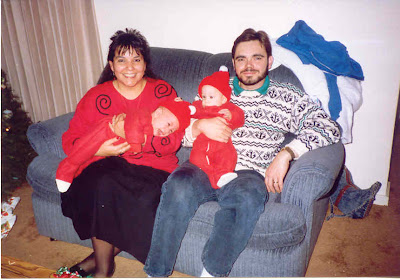 It was six years before we had managed a little cousin for Alex and Spencer. 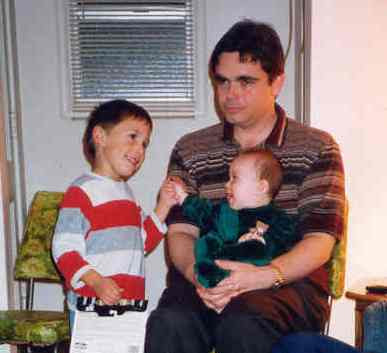 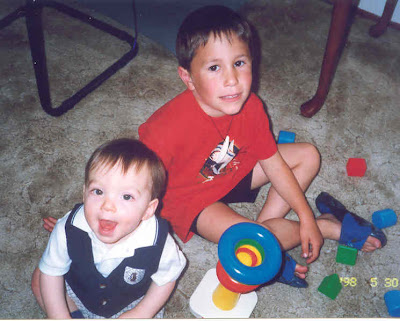 Ben's first birthday
Our hearts were broken when my brother and his wife split up; the twins were around 8 years old and we entered a period of seeing them less and less during the rocky divorce years.

Then, we moved to Colorado and within just a few months, their mother moved with them to Colorado, too! We ended up living about a 1-1/2 hour drive from each other. It was so unexpected, and wonderful! 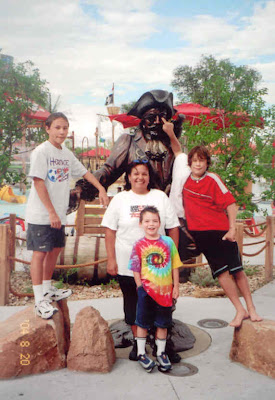 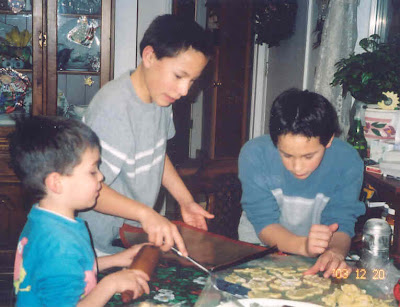 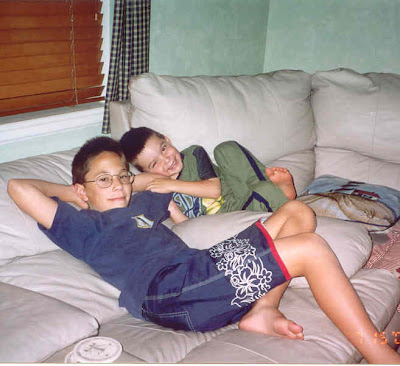 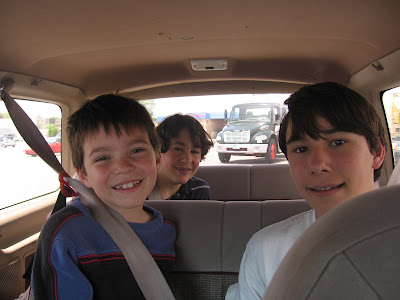 Where have the years gone? 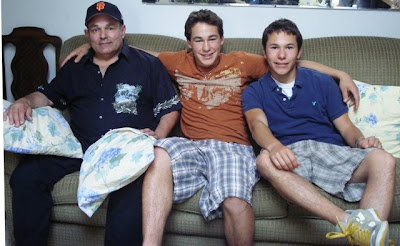 These handsome men are (left to right) my brother, Alex, and Spencer. Yesterday we had the privilege to be there as they walked across the Littleton High School stage draped in highest honors -- both of them! -- and graduated from high school! 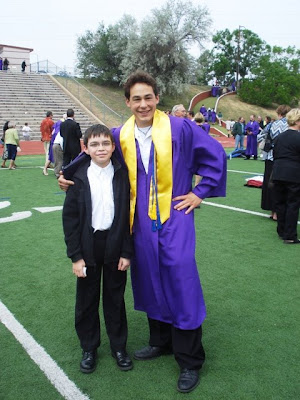 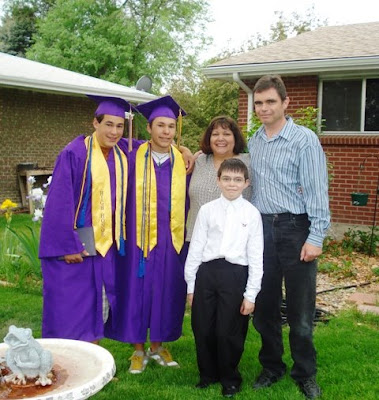 Alex, Spencer, and my family 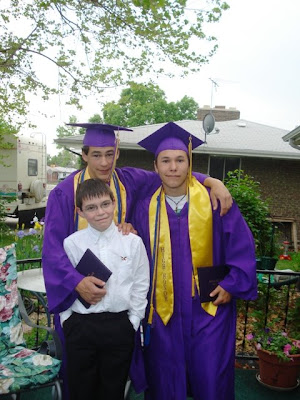 Ben with his first cousins

The next stop for both of them: the University of Colorado at Boulder! 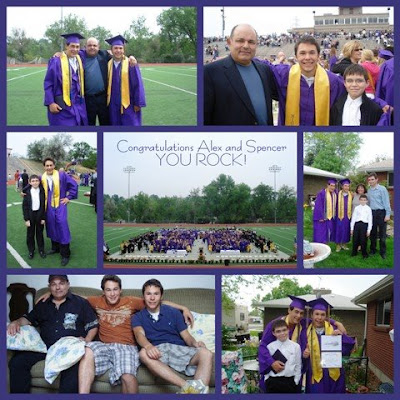 said…
Laurie, that was such a beautiful, bittersweet tribute to your wonderful nephews. I say bittersweet because they grow up so darn fast!
May 23, 2009 at 7:45 PM

Sandra said…
Hi Laurie, I loved this story, happy for you that your nephews had moved to Colorado. Time passes oh so quickly, one moment they are just little boys, and then, off to college, where does the time go. Thank you for sharing. Hope you have a nice week end.

Micki said…
It was wonderful reading the story about your nephews. How wonderful to share in their growing up.
Thanks so much!
Micki
May 24, 2009 at 9:34 AM

Coralie Cederna Johnson said…
Divorce is hard on the whole family. I know. Been there, done that and it's tough. But wonderful to know how you were able to connect with your nephews more often as the time went on! And now graduation! Handsome young men! Congratulations to all!

Also, Laurie, thanks for your sweet thoughts on the loss of my beautiful Ginger dog. We are missing her terribly.
May 24, 2009 at 3:12 PM