- July 02, 2011
I've been so content this past week: enjoying the hot (for Colorado) summer days and reminiscing about Independence Days past. 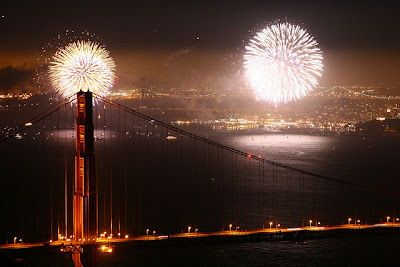 Growing up in the SF bay area, we celebrated the holiday very simply.  I can remember waiting impatiently for it to be dark enough for my father to take us out in front of the house and shoot off our pack of Red Devil fireworks in our driveway! 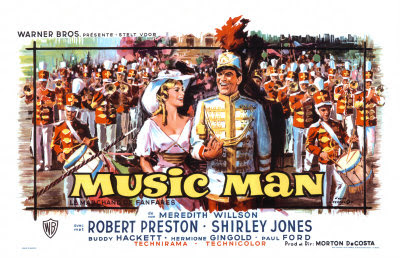 Every year, the only thing "good" thing to watch on television was The Music Man, that old movie musical, and that the movie dragged on.  And on.  And on.  While we waited for it to get dark enough for fireworks! 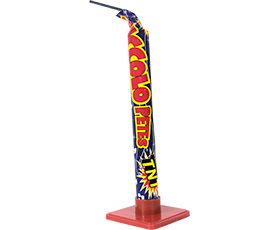 When it finally happened, most houses on the block had open garage doors and a small fountain of fireworks fizzling in the gutter in front of their houses, and the air was thick with the whistles of Piccolo Petes. 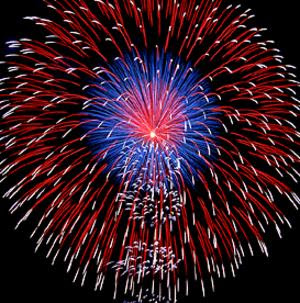 The next really memorable Independence Day in my life was in 1985 when I was 20 and had recently been dumped by my boyfriend of 2 years.  The world was ending -- at least I thought so.  I was trying to get my head above water and believe that, indeed, life did go on and I might even, one day, smile again.  My roommate took me to her company picnic to meet a guy she worked with.  I didn't hit it off with him, but he'd brought along a friend... 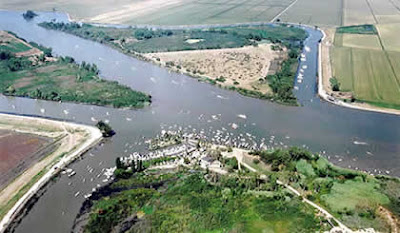 So I found myself, that 4th of July, on a small boat in the California Delta, learning to water ski with a new beau.  Indeed, I was literally trying to keep my head above water!  We drank beers on the shores and cruised the waterways all day long, then sat in the water and watched the fireworks show above us.  It was one of the two times in my life that I wore a bikini in public.  (Aside: isn't youth wasted on the young?  If I had that figure now, I'd be in a bikini all summer long!)  I came home with a colossal sunburn, but I don't remember the pain -- just the joy of being young and healed from my heartache. 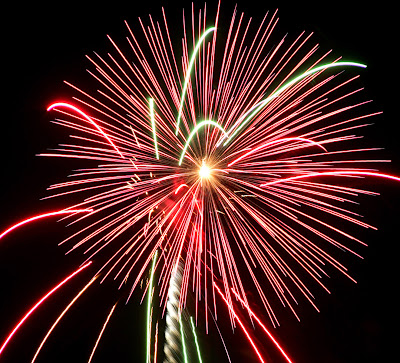 Then, I remember July 4, 1990.  A guy from St. Louis, Dennis, that I'd met through work called me up to say he was in California, and ask if I was free that weekend.  Sure I was!  I noticed that the San Francisco Giants were playing the St. Louis Cardinals that day -- so of course I had to get us tickets to the game. 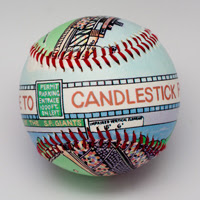 Before the game, we bought fireworks from Chinatown in SF in a shady, underground garage deal.  After the game, while we waited for the long line of cars to exit the stadium, we ran out into the field next to the ballpark and lit off bottle rockets like a couple of kids!  Lots of fireworks went off that weekend, for sure!

I must say, though, that the best of all Independence Days are those since having a little one to thrill with fireworks!
I just dropped Ben off at his Boy Scout Troop's annual pancake breakfast fundraiser, which is how we have spent our July 4ths these last few years: serving up pancakes...
and later, retiring flags for the community.

On the actual day, we'll do a cookout which always includes having the kids make the "flag cake"!
This year, my wonderful friend Jenni and her family are here once more, visiting from Oklahoma City for a few days. 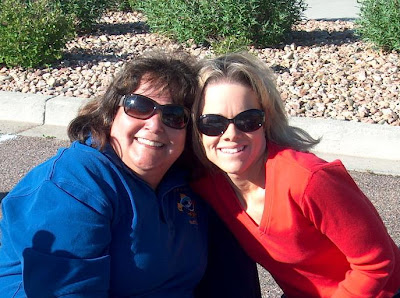 It does my heart so good to see her!  We will have a blast!  What are you doing this weekend?  Whatever it is, I wish you a fun, safe Independence Day!
Don't forget: it's the last week to join me in celebrating my 300 followers/600 posts Celebration giveaway!
America the Beautiful family friends

LuLu Kellogg said…
Happy 4th My Dear! We are sticking close to home this weekend and vegitating!

The Junque Seeker said…
Happy 4th! Hope you have a fun weekend with your family and friends. Tell Jenni to enjoy the weather there - we're roasting here in OKC!
July 2, 2011 at 2:34 PM

Anonymous said…
What wonderful memories and images as well!I hope you have a wonderful 4th weekend as well.

Lisa said…
The 4th of July right after my 21st birthday I too was nursing a broken heart. I thought it was ironic that on "Independence Day" I suddenly found my self free from a relationship that I had invested all my heart and soul. I really thought I wouldn't make it but my mom told me although I didn't know it then, one day I would look back and realize he was doing me a favor. It turned out that my mom was absolutely right...
Looks like you had a very nice 4th. :)
July 5, 2011 at 2:45 PM