East of Eaton, and another journey

Originally, Ben and I planned to go to Nebraska to see Aunt Delores, and stop to see Suzanne on the way; she lives just about halfway to my Aunt's house.

At the last minute, though, my Aunt called to say she had company and they were all sick with the flu.  I didn't want to cancel my plans with Suzanne, so we decided to go ahead anyway.  Then, just as we were leaving, Ben begged off, too.

So I took the 3 hour drive north alone.  It was warm and sunny when I left here but it rained through Denver and then grew cold and grey as I neared Fort Collins. 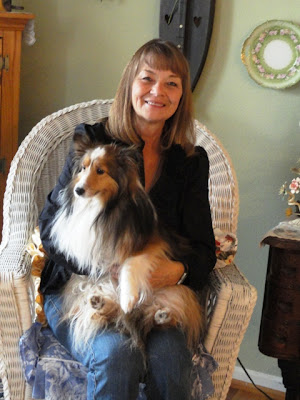 But, it was okay!  I listened to a book on tape on the way up there, and when I arrived Suzanne and her miniature collie, Lacy, were happy to see me! 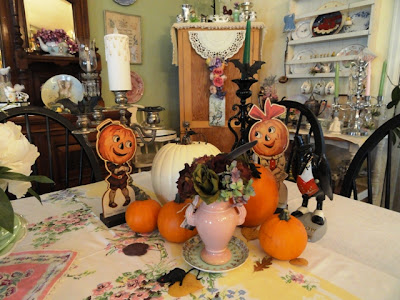 We had coffee and Suzanne spoiled me with fresh baked banana bread and fruit; She had decorated a little bit for Halloween, for Ben -- too bad he missed it! 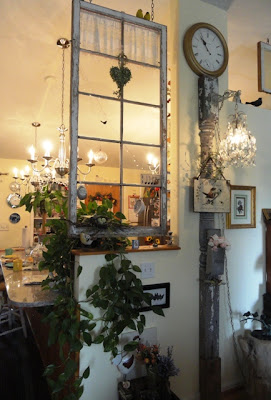 Don't you love going to a friend's house for the first time?  Especially when it's someone you talk to often but don't get to see much -- it's so much fun to see them in their element so that you can imagine them there the next time you're apart!  There were so many beautiful vignettes to see at Suzanne's house... 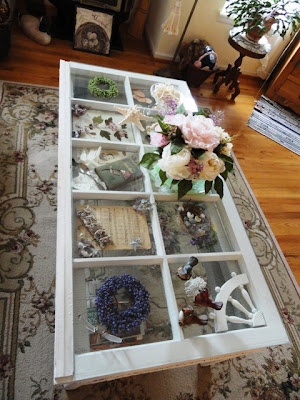 ...like this gorgeous decorated coffee table!  I have always wanted to make one like this -- and she already did it, and did it well. 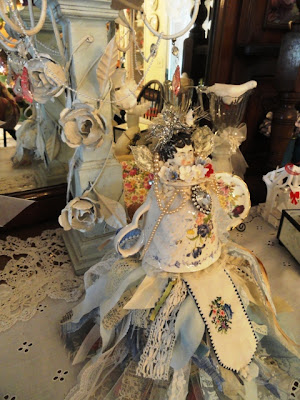 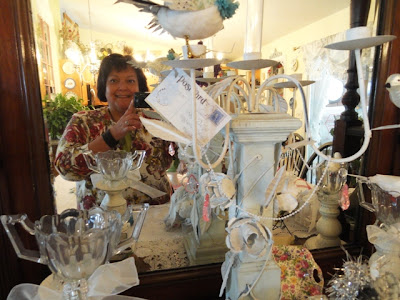 Here I am, reflected in her buffet mirror. 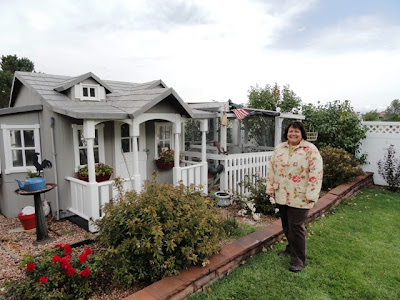 No trip to Suzanne's would be complete without a visit to the hen house.
Yes -- that gorgeous little cottage is her hen house! 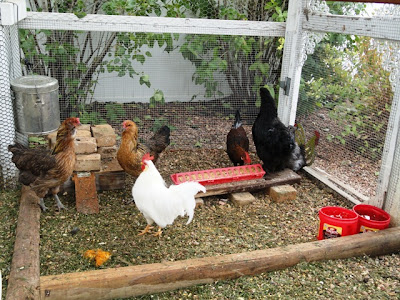 Aren't they beauties?  (Even though they were molting.) 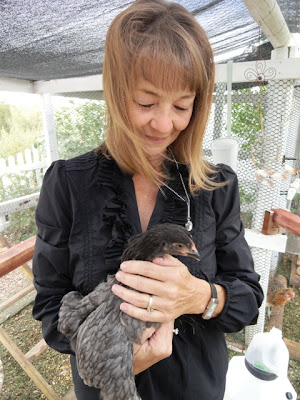 Suzanne and a chick. 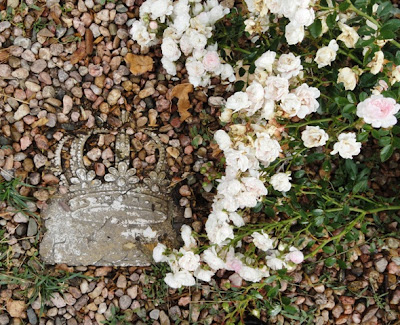 Here's a stepping stone in Suzanne's garden I just had to take a photo of...
she's such a Bella!
I had something to do in Cheyenne, WY, which is only about 30 min. from her house.
So Suzanne drove me there.  We visited one of her favorite "flea markets"
-- which is what they call their junk stores in her neck of the woods -- isn't that funny?
(I bought a few things which I'll photograph and show you tomorrow.) 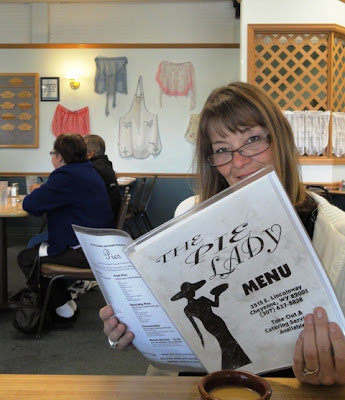 Then we stopped for a late lunch at The Pie Lady!
In addition to wonderful food, it's a cute shop
decorated with vintage aprons on all the walls!
We were so chilly that we both had hot drinks and I had a wonderful,
warm meal of Swedish Meatballs.
Then, Suzanne took me to the cemetery where
my dear friend Michelle is laid to rest. 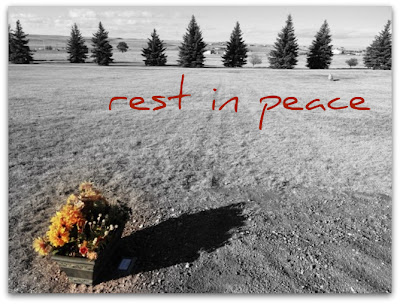 Since I didn't have the chance to go to the funeral,
it was comforting to visit her grave site.  And sad, too.
By the time we got back to Suzanne's, it was evening.
So I said another goodbye,
and I started on the long drive home.
friends

LuLu Kellogg said…
What a great little trip! I am so glad you got to go to your friend's grave as I know that was a comfort to you.

We call our junk stores Flea Markets too!

Can't wait to see what you bought!

Dee in N.H. said…
Sounds like a really nice day with your sweet friend. I love that table and can't believe her cool hen house.
We also call our spots Flea Markets.
October 18, 2011 at 6:23 PM

Unknown said…
I want to live with Suzanne's hens! What a great house, they have a nicer one than me! So glad you got to finally go to Michelles grave. I hope it gave a small bit of closure.
October 18, 2011 at 6:44 PM