- July 04, 2010
Yesterday during our town's Freedom Days festival, our Boy Scout Troop served up pancakes from 7 am - 11 am and then, much later in the afternoon, they held a Flag Retirement Ceremony.  Have you ever been to one?  I think they're amazing.  The American Flag Code says that once flags are too worn to be flown, they should be retired with dignity, preferably by burning.  Many Scout Troops and other service groups perform these ceremonies to ensure that the community has a place to bring their worn, torn, tattered flags and see that they are treated with respect.

An Eagle Scout and three others were the Color Guard for the flag retirement.  To prepare, they cleared an area of weeds and grass so that if sparks fell, nothing would catch fire.   Then, they built a fire in a half-barrel. 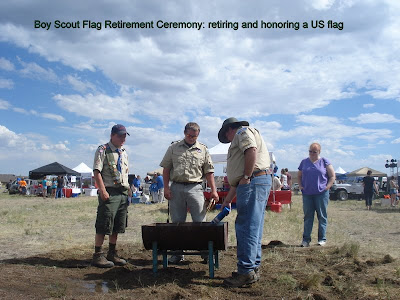 Our Fire Department was on hand, with their hose at the ready, just in case. 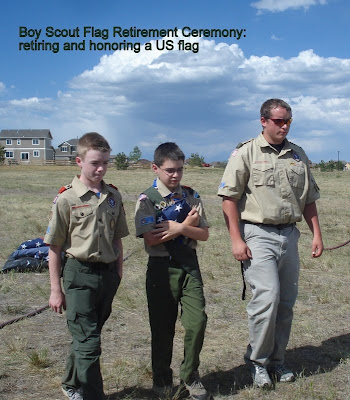 ... and presented the colors. 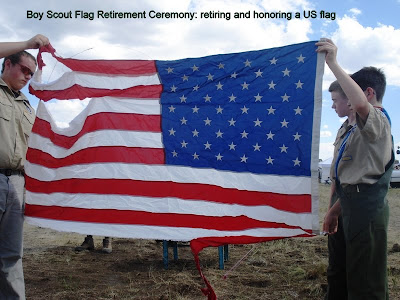 The Senior Patrol Leader narrated as the boys began to cut the flag. 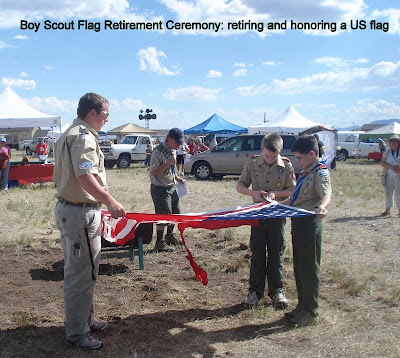 First, they cut the flag away from its binding - the part which holds the flag to the strings when it's flying on a pole. 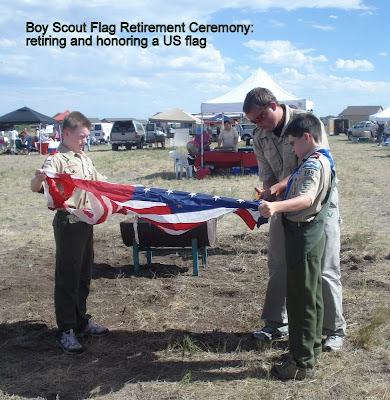 Next, they they cut the field of stars away from the stripes. 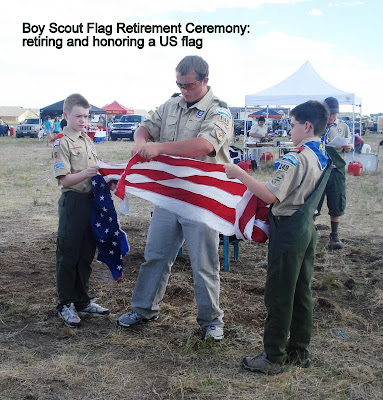 Then, one by one, they cut away each stripe representing the 13 colonies... 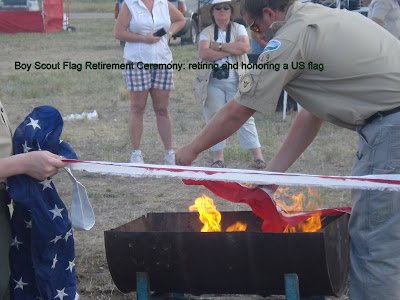 ...and burned it individually before cutting the next. 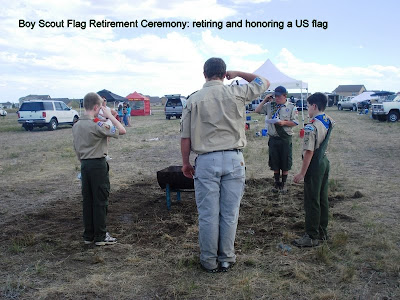 After all the stripes burned, they burned the field of stars and the binding.  The audience stood at attention to honor the flag until it completely burned away.

There are many different ways to perform a flag ceremony; we chose to do the symbolic full cutting for just the first of the flags, then we burned the rest of the ones we had collected from the community whole.  The Color Guard still presented each flags and we stood at attention while they burned before bringing forward the next flag.  We did about 20 flags yesterday, I think.

After all the flags had been retired, we waited about another hour for everything to completely burn away.  Then, the Scouts (and some dads) doused the fire and buried the ashes. 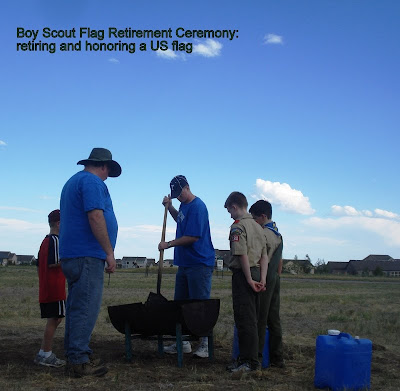 Dusk was coming by then and we just sat and reflected on what makes us Americans, and those that came before us. 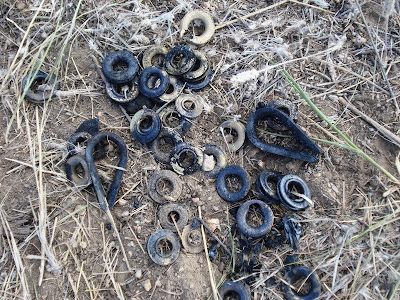 The boys fished the flags grommets out of the ashes.  They can be kept as keepsakes, affixed to a necklace or in some other way saved as a remembrance.

I hope you're flying our flag with pride and happiness today!  Have a wonderful 4th of July!
America the Beautiful family