- December 11, 2012
I did a few swaps this Christmas and I am in awe of the wonderful works I received.  So much thought and care went into the pieces I received from such talented artists! 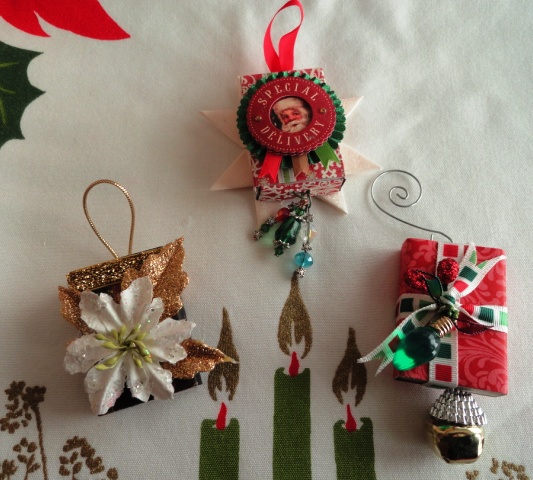 These were from the Vintage Dragonfly Very Merry Christmas Matchbox Ornament Swap; the Altered Matchbox Swap group is organized by JoAnne and goes 'year round but no one is obligated to join every swap.  If you're interested, check out our group's flickr page! 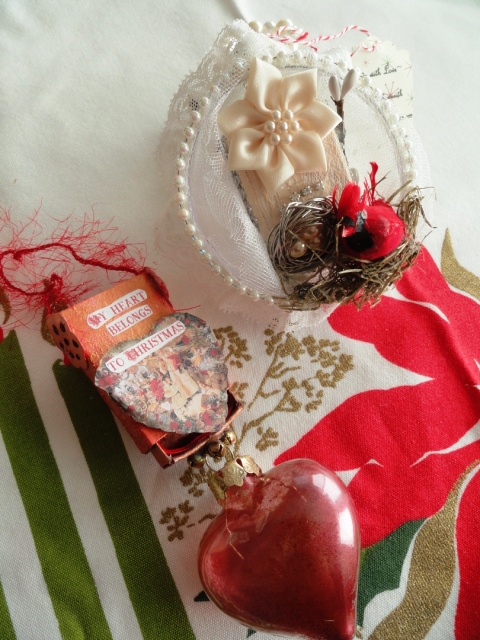 All of these ornaments began life as a tiny matchbox.  Everyone made them so different -- which is the fun of swaps, I think. 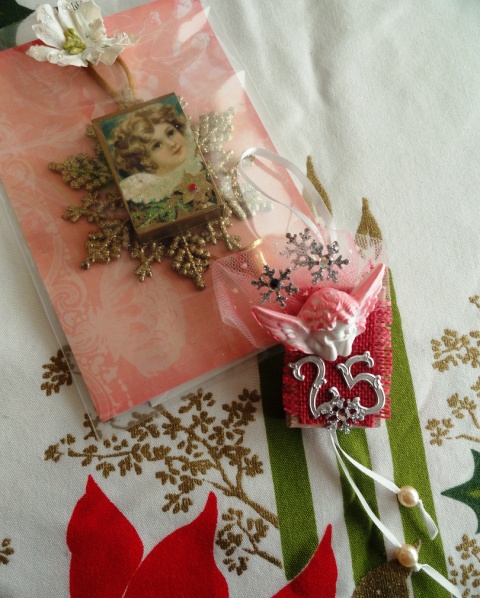 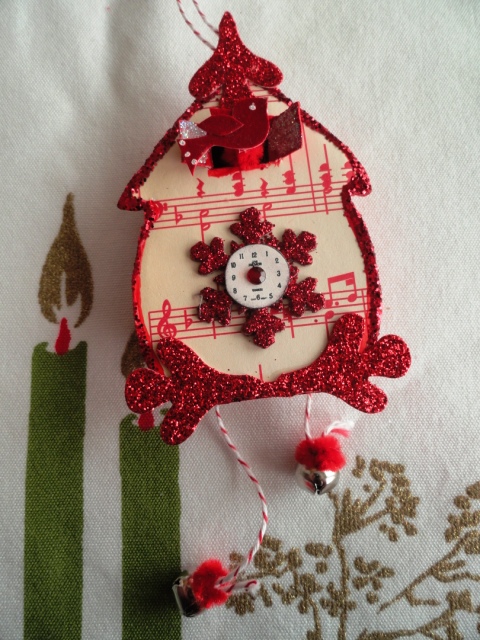 I was especially charmed by this little cuckoo clock ornament! 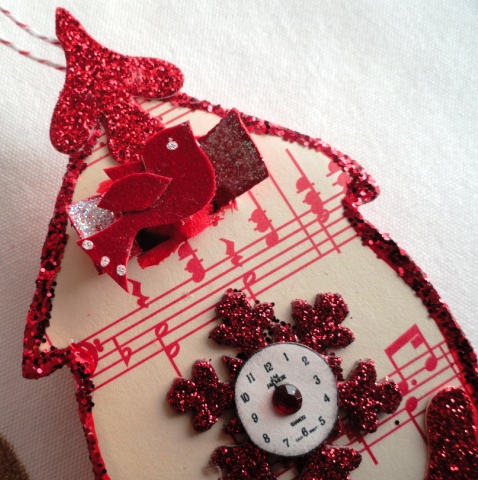 How cute is that?! 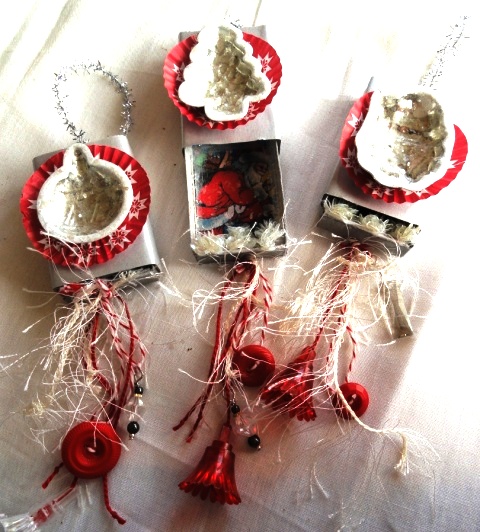 You may recall that these were the ones I made for this swap -- tiny candy molds on top of silver-covered matchboxes.  With Santa inside! 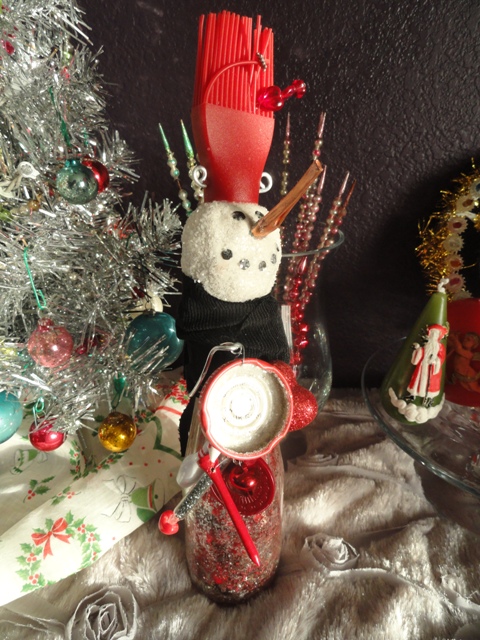 Above: a snowman, which is the second OOAK piece I've purchased from a local woman who does repurposed art.  Her company is called Seal Bait; this little guy is made from a soda bottle. 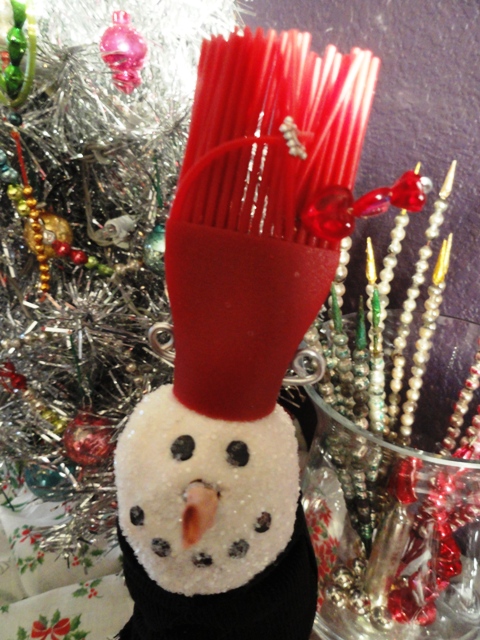 I just got such a kick out of his silicon brush hat!  She strung some beads into the "fringe". 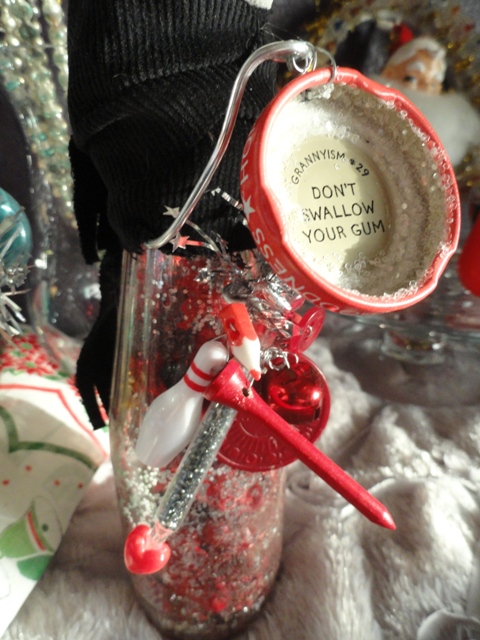 He's holding red and sparkly doo dads in his had, along with his bottlecap admonition, "Don't swallow your gum"!  I am a huge fan of her work.
Come back tomorrow to see the GORGEOUS tags in received in the White Christmas Tag Swap.
Christmas swap

JoAnne said…
there were so many cute matchbox ornaments and none even close to similar! I was charmed by Peace's little clocks as well. Thanks for being part of the swap Laurie!
December 11, 2012 at 3:59 PM

Linda said…
The ornaments are very cute. I love mine too. I got yours that's on the left in the picture with the ornament tin. All of them fun.
December 11, 2012 at 6:20 PM