Um, can we just pretend it didn't happen?

- January 07, 2013
Let's not talk about the Season Premiere of Downton Abbey, okay?  I know I made a big deal out of it yesterday, but after watching it (and the subsequent sleepless night) I'm just trying to forget about it today. 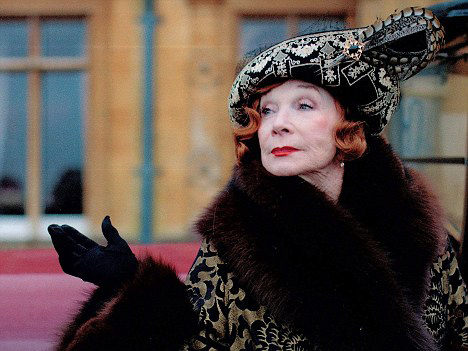 Wow.
I can't remember a time when I've been more blindsided. 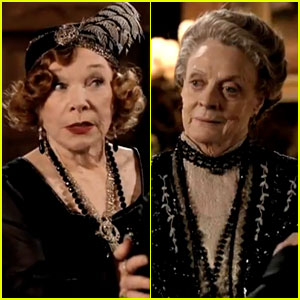 To me, Shirley and Maggie didn't even look like they belonged in the same movie.
I'm not even exaggerating when I say that every scene with Maclaine in it made me shudder.
What a train wreck. 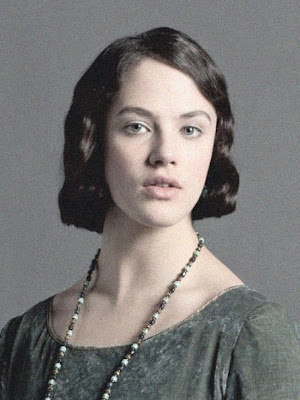 And don't even get me started on Sybil's new 'do and that drab grey wardrobe.
Even Tim Tebow is jealous of that neck.
When it was all said and done, I would not have been surprised to see Hair and Makeup by Bozo the Clown in the credits.
Seriously.
I may need counseling.
Edit: I really did get it that Shirley's character was intended to be brash/ugly/contrasting but her performance was, in my opinion, over-the-top.  And not in a good way.
I told someone the other day it felt like a Teletubbie had walked into the drawing room.
Downton Abbey

Janet Ghio said…
Oh-I really liked it. sybil is wearing that drab gray because she is a member of the working class now and that is a hairstyle of the 20's. Altho I thought Shirley looked awful I did enjoy the verbal exchanges between she and Maggie Smith. Sorry you were disappointed!!
January 7, 2013 at 6:30 PM

Elizabeth Johnson said…
I thought Shirley seemed a little out of place too. I did enjoy the show, though.
January 7, 2013 at 6:59 PM

Anonymous said…
Oh no! I have never seen this show though have heard a lot about it. Maybe I'll stick with the earlier versions. lol I hope your new year is going wonderfully otherwise. Hugs, Mina.
January 7, 2013 at 7:17 PM

Lorraine said…
Oh but I think she was supposed to be over-the-top and out-of-place. That brash American. Don't be too disappointed.
January 7, 2013 at 9:42 PM

GardenOfDaisies said…
I LOVED the show last night. I think Shirley was supposed to be an overly made up, loud, obnoxious, opinionated, new-money, American plopped down in the middle of a more subdued, proper, refined, aristocratic, old-money English family, in a country still recovering from the effects of a terrible war. Maggie sure is magnificent, isn't she?
January 7, 2013 at 11:04 PM

Marion said…
I'm with you. Shirley needs to go back to being a psychic nutjob and leave Downton Abbey alone!!! xo
January 8, 2013 at 7:42 AM

Unknown said…
I've only got to the first 10 min so far on the DVR! I guess the transition between the whole end of the Victorian going to the 20's thing must be so drastically different. Like mixing your antiques with your IKEA? Now I can't wait to finish watching it. What did I tell you about Shirley the other day...seems my fears were right ;)
January 8, 2013 at 2:21 PM

Christina Paul said…
You are are too funny re: the Teletubbie in the drawing room- I have to agree with you- Shirley Mclain's character was a complete cliche of a feisty American (a la unsinkable Molly Brown) and her lines seemed forced, obvious and overwritten- I had been on the edge of my seat awaiting Downton's return and even posted a Downton theme tea party on my blog! so this premier was underwhelming at best.
January 9, 2013 at 6:42 PM