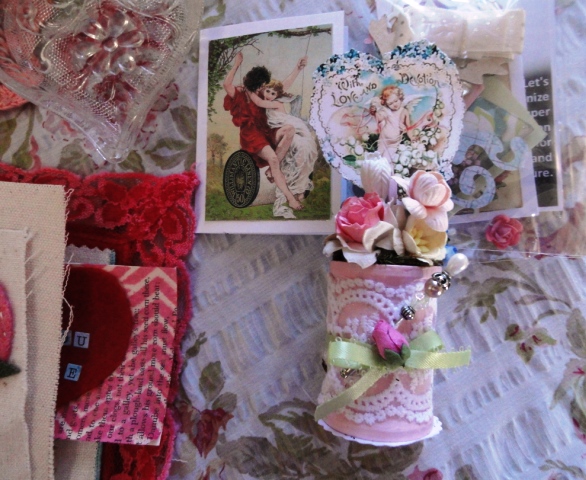 A few days ago I showed you this lovely "spoolie" I received from Cissy in a swap sponsored by the Vintage Dragonfly Altered Matchbox Swap group I belong to. 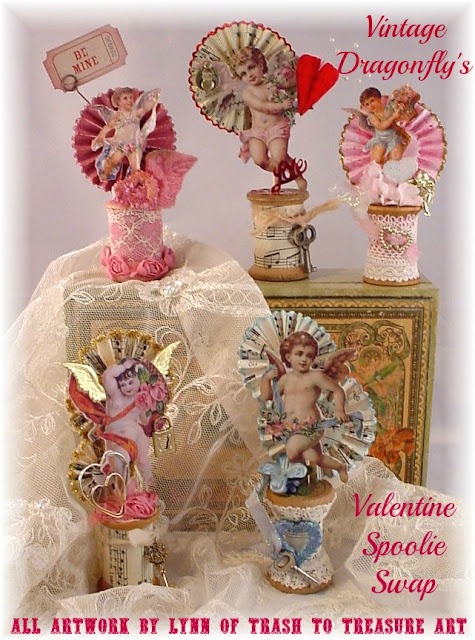 It's a large wooden spool decorated in the Valentine theme. 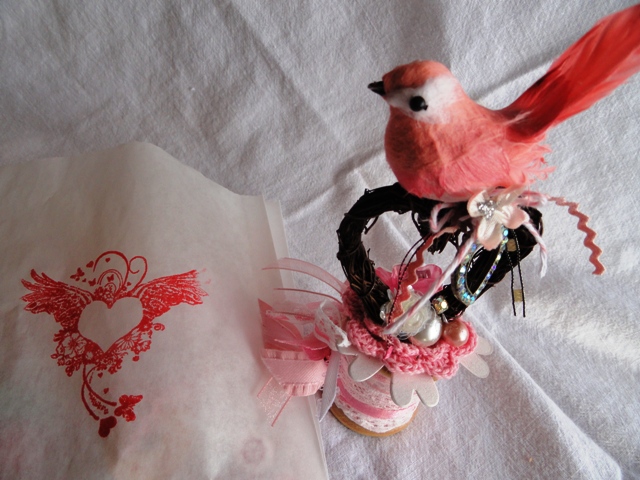 Today I heard from Cissy that she'd received the one I sent her! 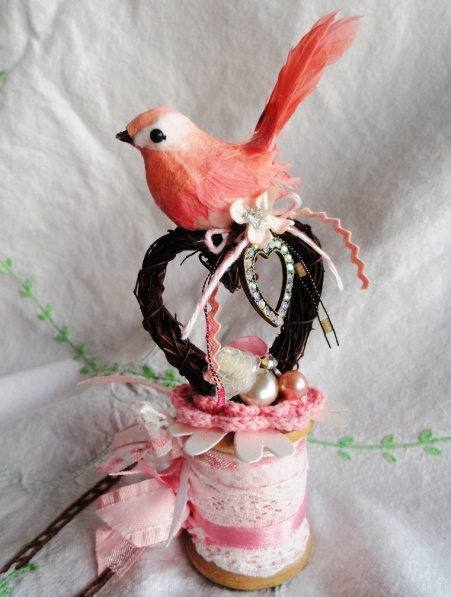 I had a ball making Cissy's!
My spoolie was inspired by one made by my friend Robin Weins for a swap last year; Robin's was red and glittery but for this one I went with soft pinks and white.
And, where Robin's was a bird on a nest, I perched my little bird on top of a grapevine heart. 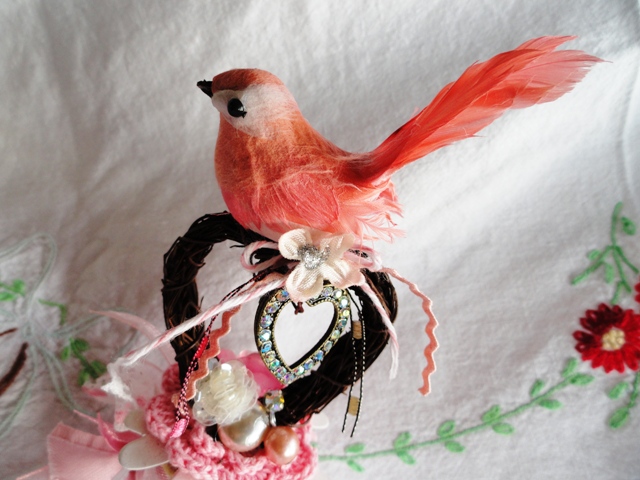 I'm normally not a fan of 'mushroom birds' but I thought this one, which I found at Michael's, was especially cute with its little tail held high, and all the feathers! 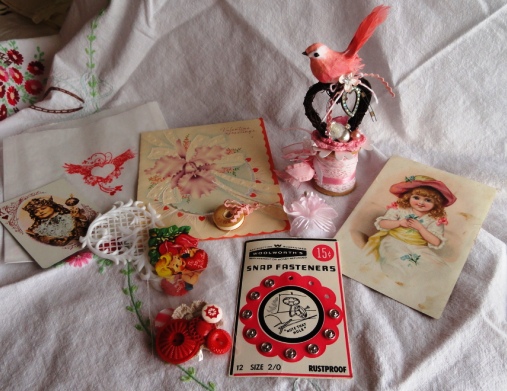 Cissy had sent a gift packet of Valentine themed embellishments, so I included my own little version in her package! 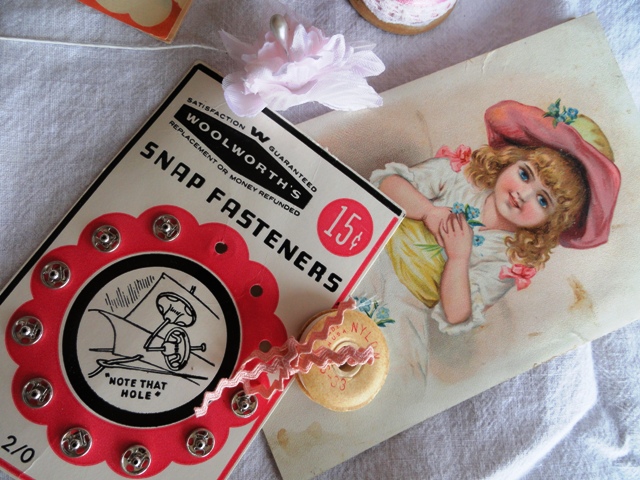 Since it's me, it had to be all vintage ephemera! 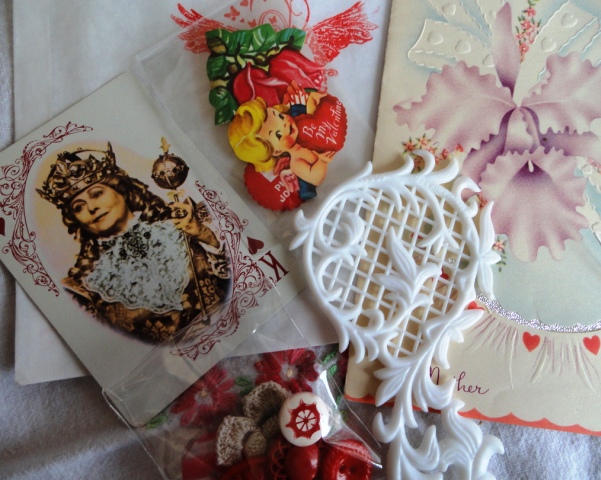 Of course, I had to include some occasional stickers and red vintage BUTTONS!
It was a fun swap and so nice to make a new swapping friend!
ephemera swap valentines

JoAnne said…
Love both of your spoolies Laurie! Can't wait to receive mine....it is the most wonderful way to make new friends! xo
January 27, 2013 at 4:40 PM

karen hess jewelry said…
Ooodles of goodness and what fun! Love the spoolies and the amazing creativity of all!
xoxo
January 27, 2013 at 5:35 PM

The Junque Seeker said…
Those little spoolies are oh so cute! You included wonderful goodies, too.
January 27, 2013 at 6:42 PM

kathyinozarks said…
these are just too sweet-love the creativity in these
January 27, 2013 at 6:52 PM

Becs said…
Hi Laurie. Those supplies are all just adorable!!! Sorry I missed out. Are we gonna do another floppies swap soon? Have a great week. Becs
January 27, 2013 at 8:32 PM

Something Special said…
Oh I love the spoolie that you did. I am finishing up mine today. I love the idea, and want to make one for myself as well.
January 29, 2013 at 10:21 AM

Lynn Stevens said…
I so ADORE your bird spoolie. I spotted it yesterday on the site and thought it was so creative. Well done. So glad you played along!
Hugs Lynn
February 2, 2013 at 11:29 AM