And so this was Christmas

- December 27, 2015
How was your Christmas holiday weekend?  Ours was quieter than I might have liked, due to the frigid temperatures that kept us huddled under blankets indoors, with the TV on.  No snow, either! Snow makes it so pretty you can forgive the freezing; it's kind of like an even-exchange.
Oh, the sun was shining and the outdoors looked so inviting -- up until you stepped out and the arctic-like wind hit you.  We attempted one walk with Snoopy on Christmas Eve afternoon, and the poor dog was pulling the leash to hurry us home!  Who could blame him?  The wind was cutting through my winter gear and by the time we'd gone around the block I was numb from head to foot.  Not pleasant.  Most of Christmas weekend it was 12 degrees, but with the wind chill, the feels-like temperature was -6. 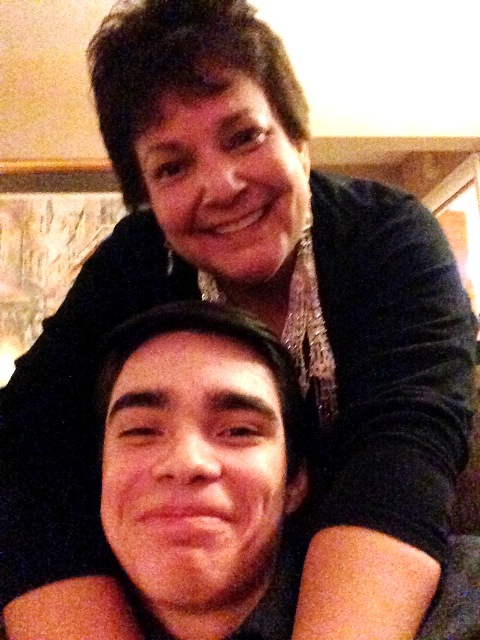 On Christmas Eve morning we went to see Star Wars: The Force Awakens.  It was a lot of fun to join in on the movie release excitement.  Star Wars has a lot of sentimental meaning to me.  When the very first film came out in 1977 I was living in the San Francisco bay area and there was a lot of hype about it -- not just because of the special effects and all, but also because it was created locally.  There was so much buzz about it that it actually motivated my father to offer to take my family to see it one weekend.  It was one of exactly two times my father took us to the movie theater, and I'll never forget that outing.  Later, the second trilogy was released when Ben was very small, and so he grew up with those movies.  His childhood was filled with light sabers, Star Wars backpacks, and Yoda cupcakes.  So, it was fun to go together to see the new movie now that he's all grown up. We spent Christmas Eve with our good friends having a lovely meal and lots of laughs -- my favorite kind of celebration.  It was warm and cozy indoors. 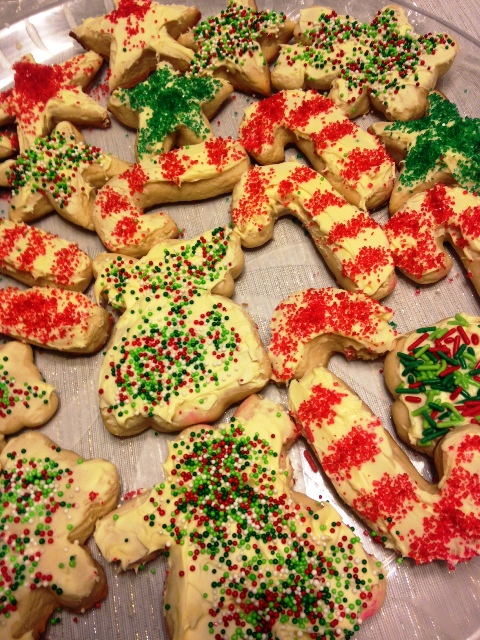 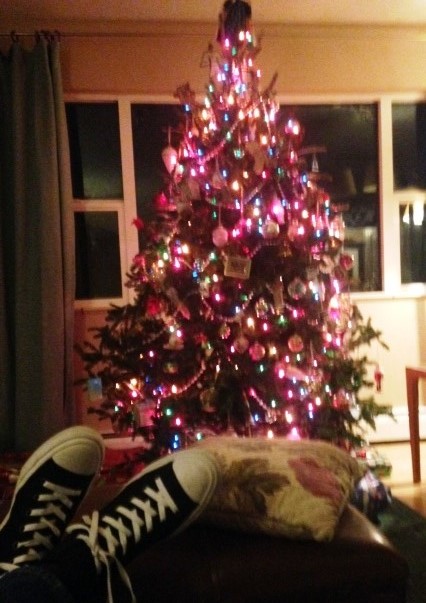 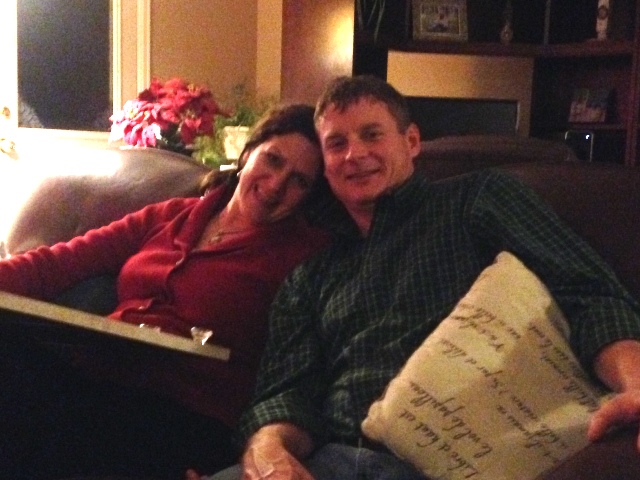 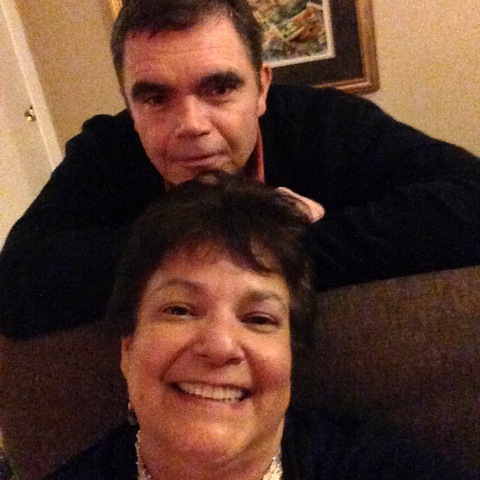 Christmas morning my little family awoke, opened gifts and had a nice brunch at home.  One of my favorite gifts was the book I've been waiting to read, Go Set a Watchman.  I surprised Dennis with a FitBit Charge, and the gift I most enjoyed giving Ben was an Ancestry.com DNA kit.  On the day after Christmas I spent a couple of hours out doing after-Christmas shopping; I did as much as I could stand to, out in the still frigid temperatures.  The rest of the time, we watched many movies on TV, ate lots of Christmas fare, and, somewhere in there I managed to do a little paper art and some sewing.  How was your Christmas?
Christmas family

Claudia said…
Sounds like a peaceful Christmas. In your last post I love the reindeer cookie cutter with buttons and beads. Did you make this? If so, what kind of glue did you use? I want to try this.
December 27, 2015 at 2:12 PM

Lorraine said…
Sounds like you had a wonderful Christmas even though it was cold. We had just the opposite with the weather - too warm for New Jersey. Believe it or not, we had to turn the A/C on in December for our Christmas Eve cooking and get-together. But it was totally enjoyable. I loved seeing the ornaments on your tree in the last post. And I can't wait to see what you've been working on. Enjoy the rest of the holidays!
December 27, 2015 at 2:48 PM

Marrianna said…
My Christmas was a very quiet one. I worked on two quilt blocks for a quilt sampler I'm doing at our one and only quilt store. The blocks were due on Dec. 26. Sewing is very relaxing for me so I enjoyed it. I went to dinner at the home of some friends which was wonderful. Saturday, Dec. 26, was the quilt shop, some window shopping, walking the mall for exercise since it was so bitterly cold outside, and getting a new-to-me Singer Featherweight sewing machine. I've wanted one for quite a few years and there was one for sale at the quilt shop where I get my Bernina serviced annually. It was my Christmas gift to me and I love it. I can lift it easily and take it to quilting classes whether at the quilt store or to a quilt camp. Keep up the great artwork - I'm enjoying everything you post.
December 28, 2015 at 8:11 AM