- December 12, 2008
I don't know if it's the popularity of Texas Hold'em or folks missing ol' Blue Eyes, but I've noticed a real surge of interest in fun old bar ware lately. Here are some fun pieces I have for sale right now in my eBay store: 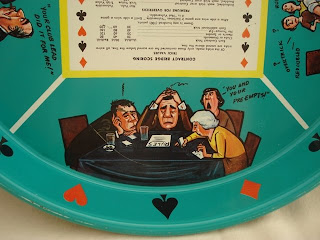 This is a fun old metal tray depicting a bridge game that is apparently, uh, tedious. In the middle of the tray are "Contract Bridge Rules." 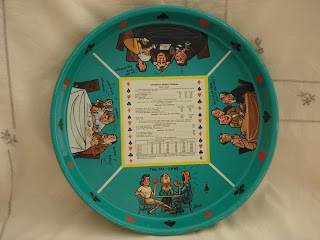 Illustrations are by Joe Carpenter. Hilarious! 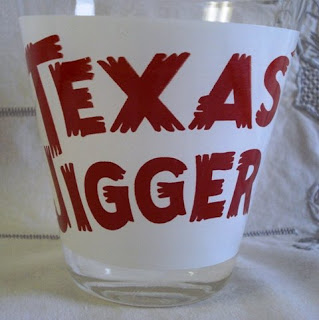 This oversized "shot" glass is likely from the early 1960's. I'm guessing this because of the scale on the side that gives a bit of recognition to Astronauts -- but still not over and above Texans! 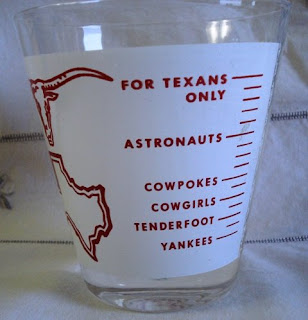 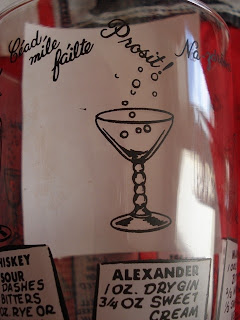 This is a great mixer glass; I think this one is newer, maybe from the 1970's. It features great toasts, as well as recipes! 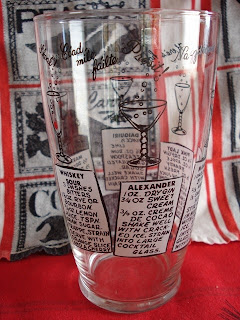 More examples in my eBay store, including a modern set of Sex and the City Cosmopolitan and shot glasses!
eBay vintage