- March 02, 2012
For several weeks now, one of my friends has been bugging me (poke, poke) about...needlebooks.  She has a hankering to make some, and wants me to have a swap.

I've been more of a pincushion person myself...but I'm willing to change.  The pretty pincushion above is special because it is how I met my wonderful blog buddy, Angela.  She and I were in an international pincushion swap, and she was partnered with me! 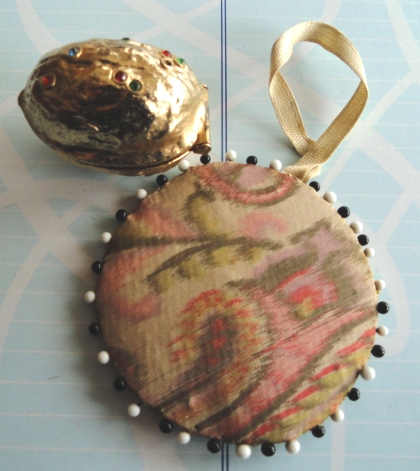 You know I'm a sucker for any kind of vintage sewing notion, like the pretty little flat (above) into which you stash pins, and the little bejeweled walnut... 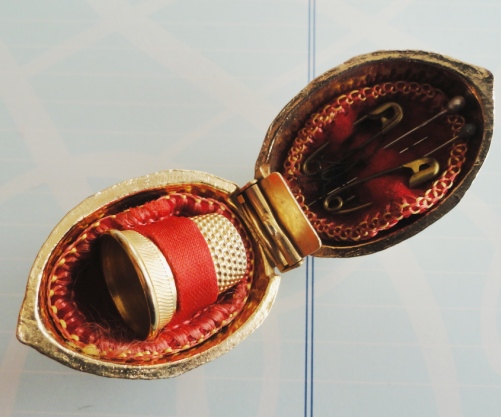 that opens up to hold a thimble and some pins on velvet. 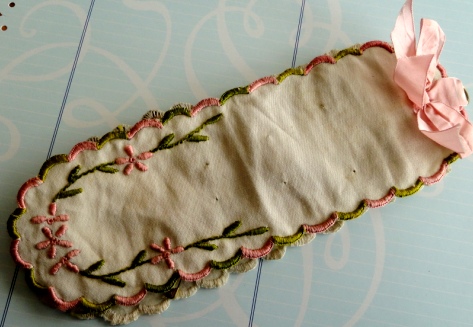 I love this little holder for safety pins...I guess it could be used for needles, too, though. 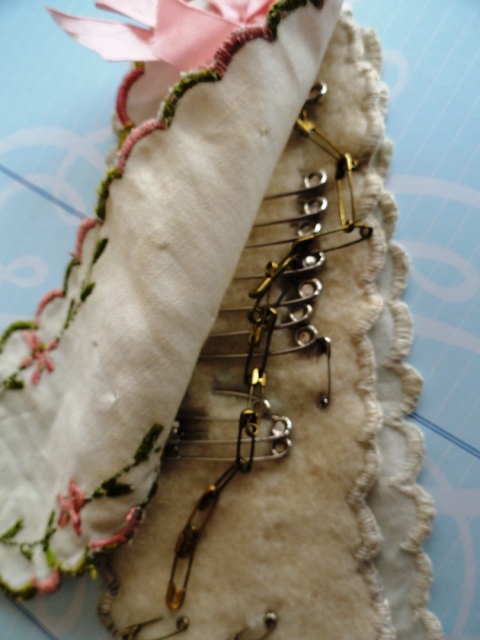 It's seen a lot of use, which makes it that much more fun. 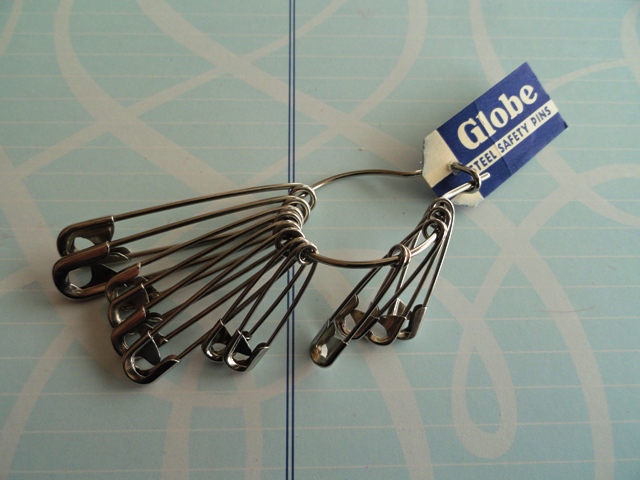 Speaking of safety pins, this little ring of pins is a treasure, to me. 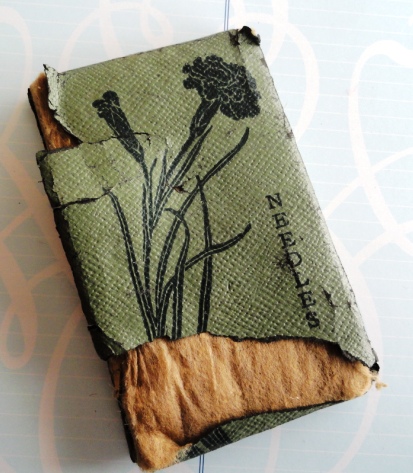 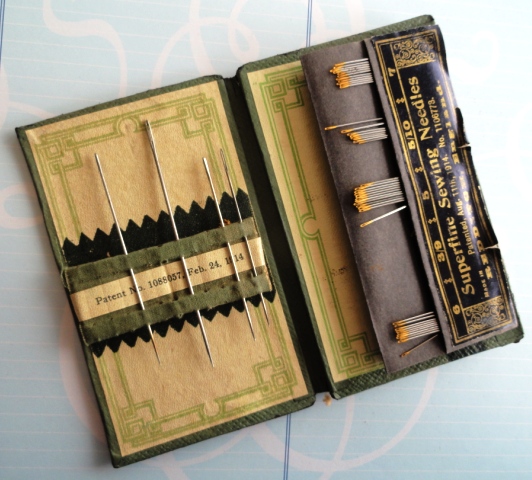 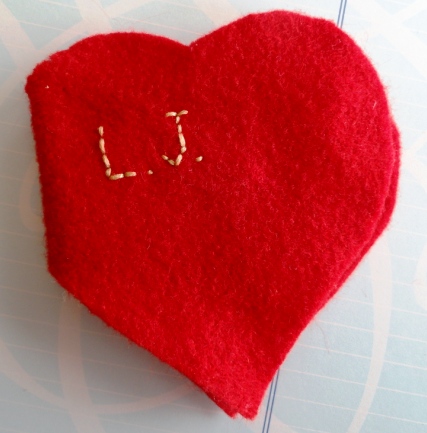 When all is said and done, I discovered that I only really own one needlebook myself! 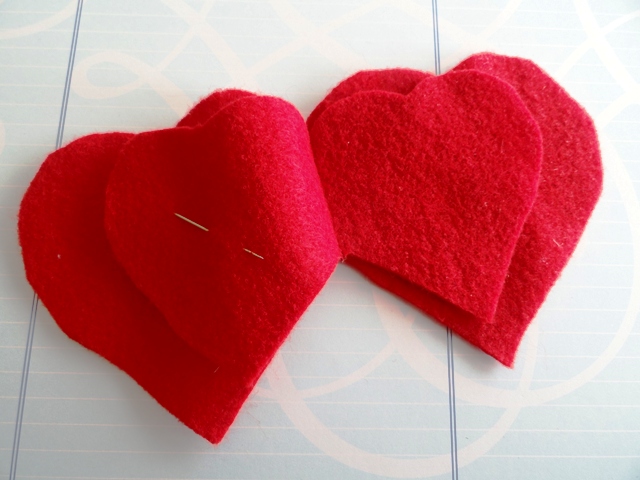 It's one I received last year on Valentine's Day, as part of a swap; my initials are sweetly sewn into the front of it!

I made a board on Pinterest about needlebooks (feel free to follow it if you have a Pinterest account.)  So many fun and pretty ones -- tons of inspiration!  And, my friend wore me down: I'll be announcing a Needlebook Swap on the Button Floozies blog next week.  You heard it here first!
button floozies swap

Beth Leintz said…
I love vintage sewing notions too- but I'm a pin cushion, girl, too. I LOVE that walnut thimble holder- what a treasure.
March 2, 2012 at 8:36 AM

Kathy said…
Loved looking at all the variety and that little walnut is amazing!
March 2, 2012 at 9:28 AM

Wendy said…
The pin cushion is just lovely! The walnut keep is fabulous! I also have a thing for pin cushions. I will be keeping a lookout for the swap announcement.
March 2, 2012 at 12:47 PM

LuLu Kellogg said…
I need to make a little Halloween one!

I am sipping sugar free hot chocolate out of my little mug you sent me and I have my hand warmers on too!!

Tammy said…
That would be a fun swap!! Love the vintage notions, especially the little gold walnut!
March 3, 2012 at 7:56 PM