Rockin' Rod and Girls Having Fun

- September 06, 2018
Well, you guessed it: I had the time of my life at the Rod Stewart/Cyndi Lauper concert!  First of all, it was great to spend time with my old friend Judy -- who I've known since 7th grade.  She visited Colorado for the first time and enjoyed our wonderful weather and the relaxing (compared to the bay area) feel. 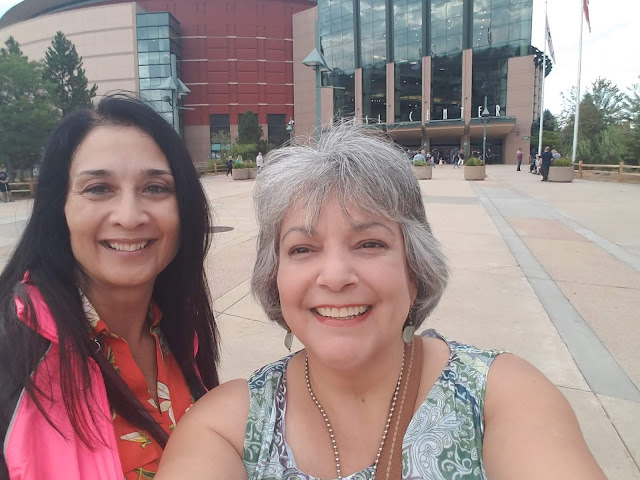 On the night of the concert we had just found our way to our seats in section 306 when we got the surprise of our lives: I asked another fan to take a photo of Judy and I with the stage in the background.  The next thing I knew this fan, who it turns out was part of the backstage team for Cyndi Lauper, was handing us tickets to the sixth row next to the stage!  She told us, Cyndi liked to gift people with seat upgrades!  We moved down to our new seats in a happy daze! 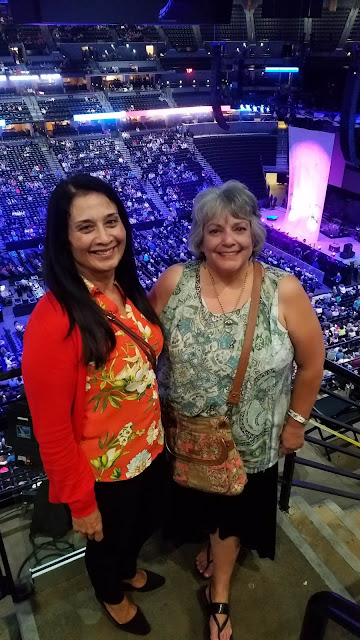 Cyndi Lauper performed first and she was energetic and inspiring.  I re-lived many 1980's moments listening to her songs, which were always both fun and also touching -- like Time After Time, All Through the Night, and True Colors.  Of course the concert hall was a madhouse when she performed Girls Just Want to Have Fun!
Then, Rod Stewart wasted no time coming on stage, and it was like a dream.  It was so amazing to be so up close and see his face without having to look at the giant video screen!  I was swooning the entire time and you could not wipe the smile off of my face. 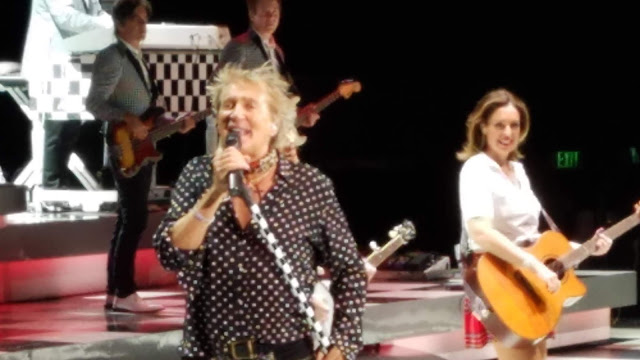 There were moments during the show when I looked skyward and greeted Margaret, who I know was watching from somewhere far away, like Cloud 9.  He really did put on a first class, high quality performance. 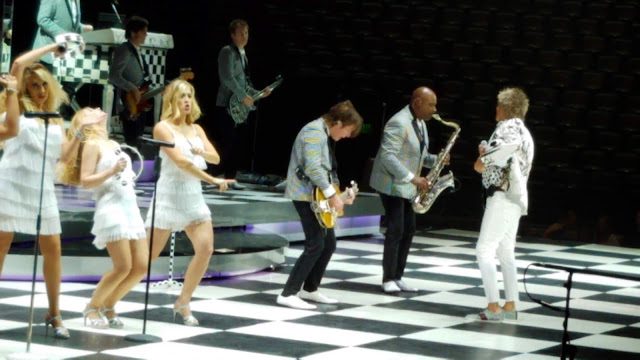 I even felt like Sir Rod and I had a little moment together at the end of the concert, where he looked at me with the recognition of how important he's been to me for the last 40 years. He said goodbye with his eyes and told me that it had been quite a ride.  Or, I could have been imagining it.
He did for sure bow elegantly and, I felt so strongly, bid a fond farewell.
Blogger's made many improvements so posting these videos should work; if you can't see them, please let me know and I can email them to followers of the blog.
friends love rod stewart

Linda said…
Don't mind me while I swoon a little....thanks Laurie for the "Sailing". ;)

Is it my imagination, or do those backup singers and dancers look young LOL? So happy for you that you managed an upgrade. Way to go girl!

Kelli Davidson said…
How fantastic to get upgraded seats from Ms. Lauper's staff!! I love her, her music and her character on Bones too! She seems like she's so much fun. It looks like fun was had by all at the concert and was the cherry on your cake when your friend visited!
September 7, 2018 at 8:13 AM

Marrianna said…
Love the short video clips. The photo of the backup singers in stop action is one of the best I’ve ever seen. You just know, looking at the image, that the ladies were doing a moving and exciting performance. Lucky you.
September 7, 2018 at 8:14 AM

The Junque Seeker said…
So glad you got to have this experience, and that seat upgrade was well deserved!
September 17, 2018 at 3:58 PM