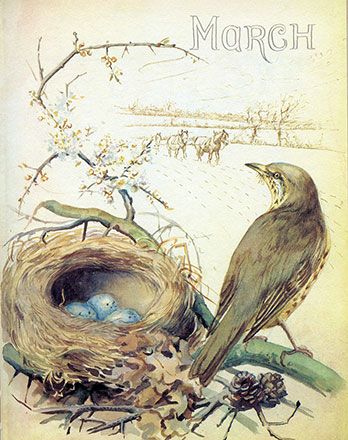 Here's a bit of vintage scrap for you to mark the day. 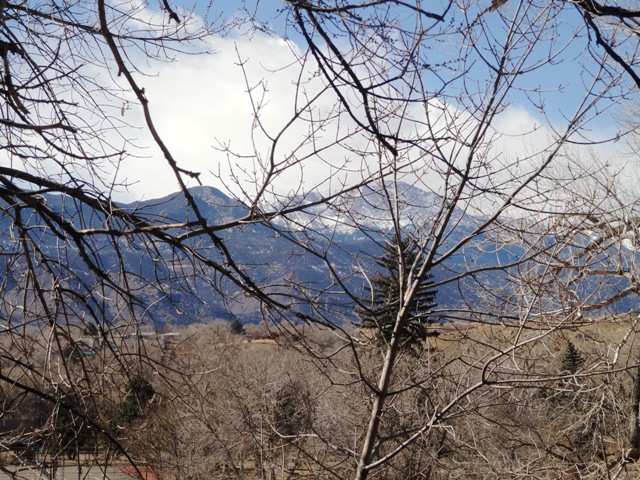 We had a little sunshine, and the stars otherwise aligned, so Dennis and I were able to have a day out together last Saturday. 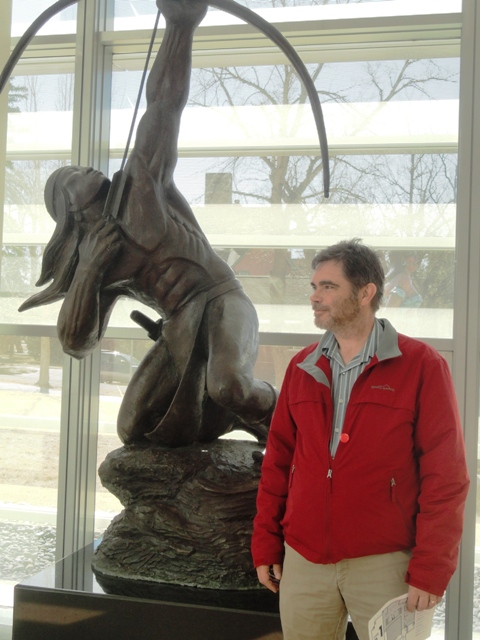 He's growing a beard because I asked him to; doesn't it look good?
We went out to breakfast and then decided to visit our Fine Arts Center.  They had some special exhibits (which we were, unfortunately, not allowed to photograph): one was all outsider art; it wasn't my cup of tea, though normally I do enjoy folk art.  I liked the Carley Warren Confined Spaces exhibit so much, though. That's the kind of art that makes me want to go home and create! 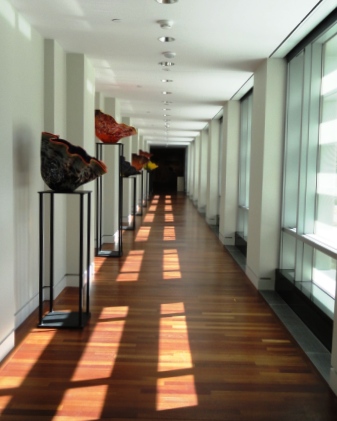 Our art museum has some great permanent exhibits; one of them is of Chihuly glass like the pieces lining the hallway, above. 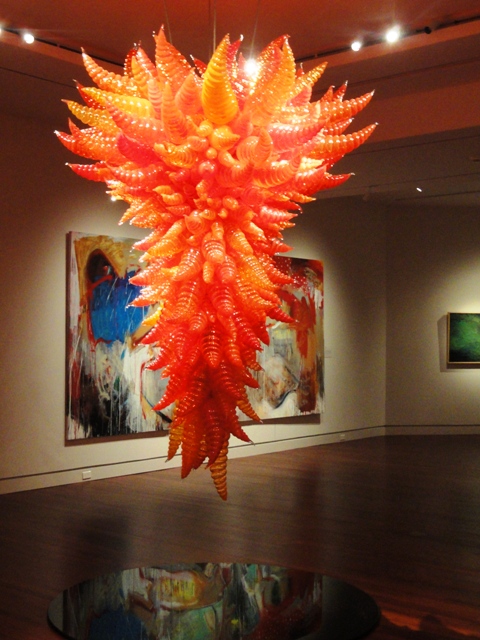 And this one which is a favorite and always intrigues me: how did they get it to hang like that? 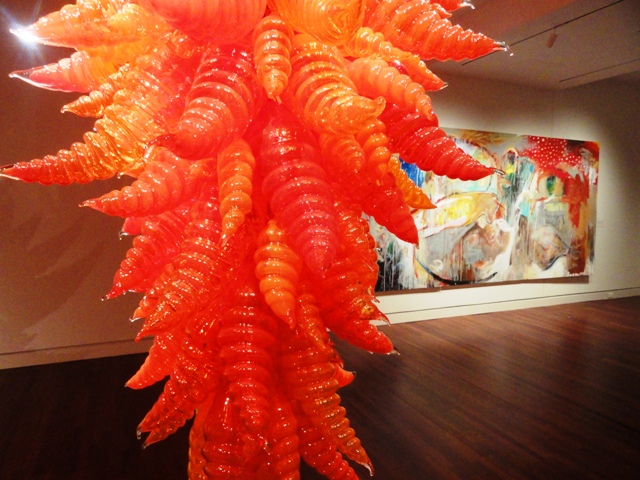 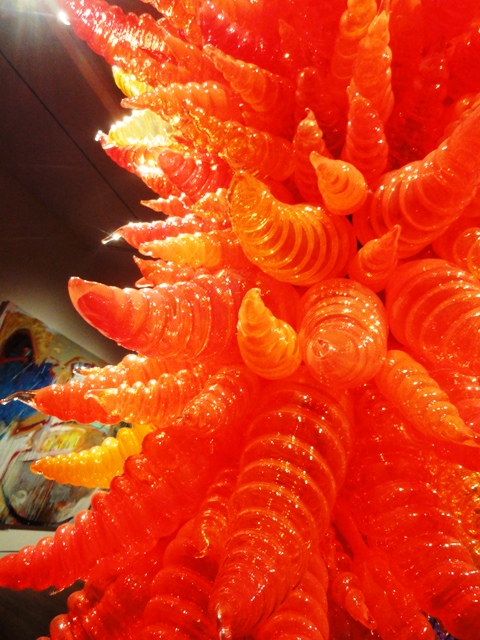 I also spent a few minutes sitting and looking at a favorite John Singer Sargent portrait; my husband calls it 'the bored teenager'. 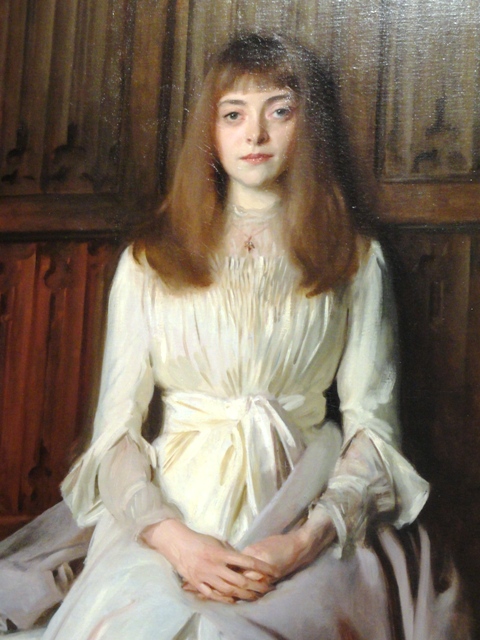 It's actually a painting of Elsie Palmer who was the daughter of one the founding fathers of Colorado Springs, William Palmer.  Sargent has captured her emotions to perfection; if you'd like to read about Elsie and why she looks the way she does, there is an online thesis about it here. 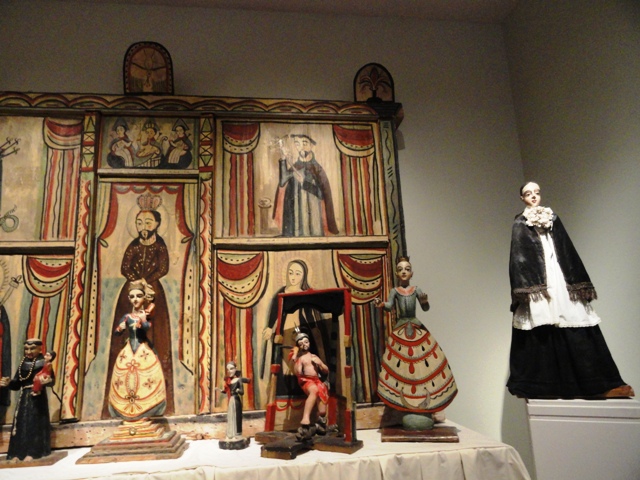 The museum also has a huge collection of santos; the one on display right now is a re-created "altar" that was built, and remained for over 100 years in use, in a private home. 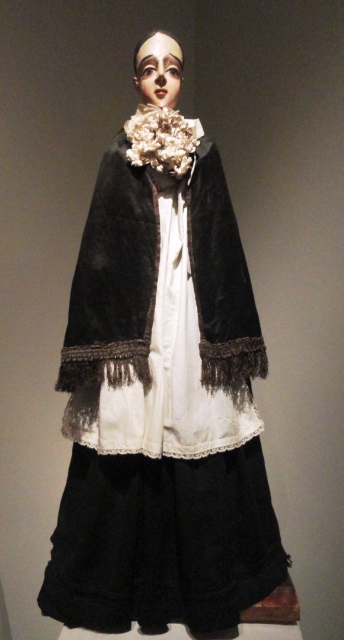 I found this guy so interesting.  It is kind of unusual because it's actually dressed in real clothing... 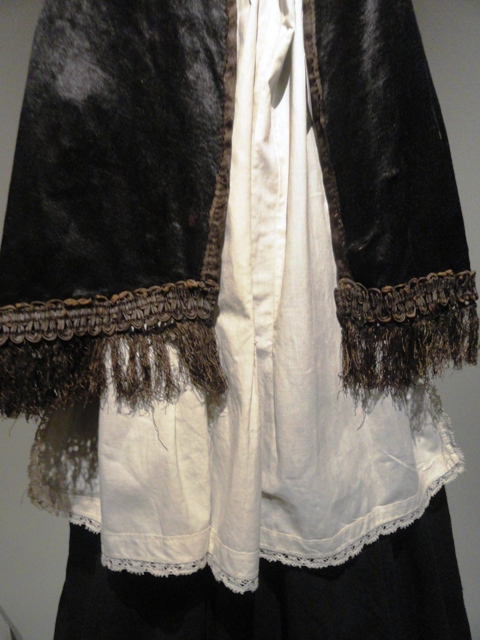 Back home, I finished a couple of junk assemblage projects I'd worked on with Rebecca the week before: 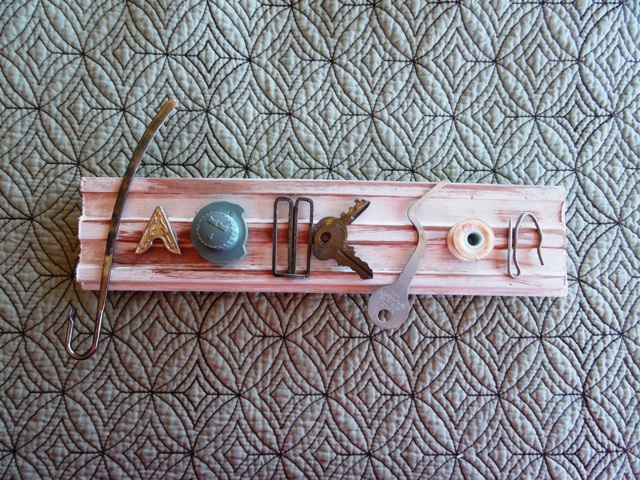 Can you read it?  It says, Jackson.  I see these at markets all the time and have been itching to make one. 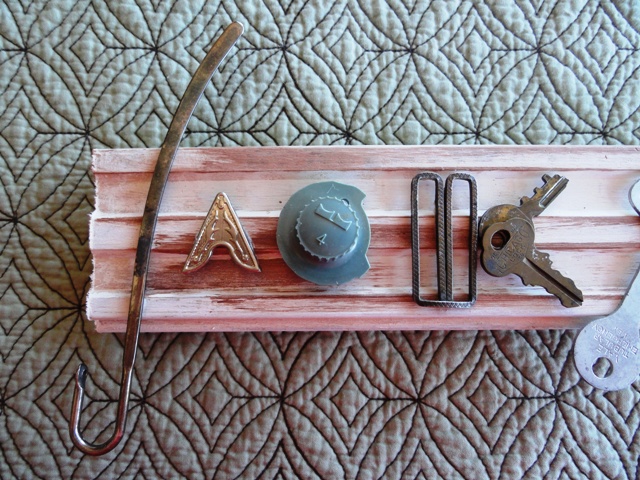 The nameplate was actually an afterthought... 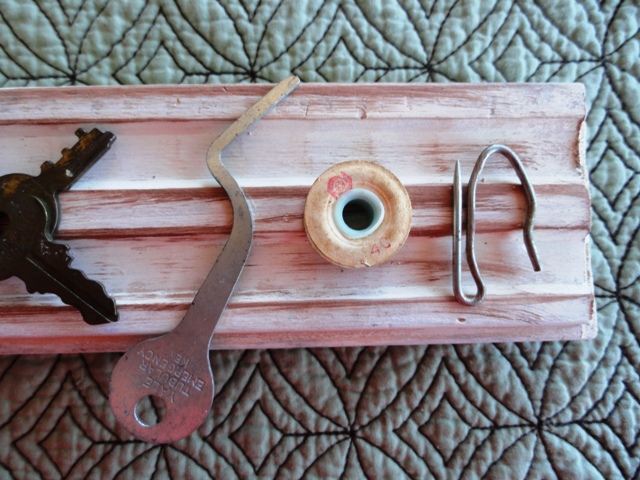 this was the main project: 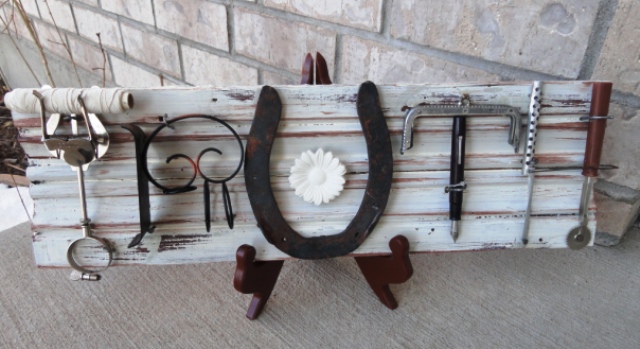 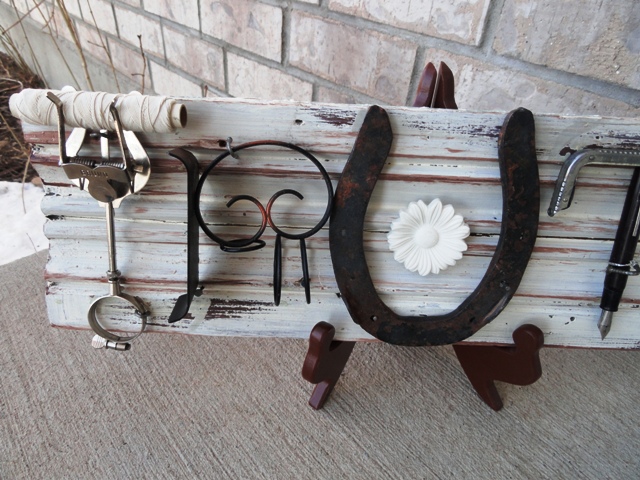 The "T" is a music holder into which I've clipped a spool of thread.  The "R" is a funny-shaped metal bracket/piece of unknown origin.  Of course, the "U" is a horseshoe. 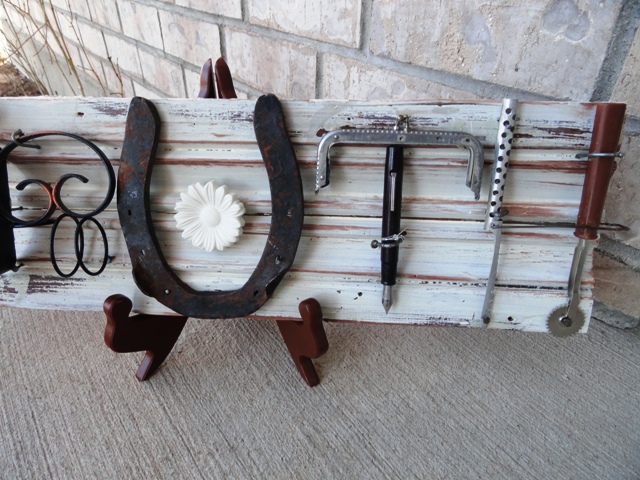 The second "T" is made from a coin purse frame and the shaft of a fountain pen.  And the "H" is made from a hair curler and a little sewing tool.  It needed a little something, so I stuck the daisy drapery pin in the middle of the U, for fun.  Truth is a word that means a lot to me these days. 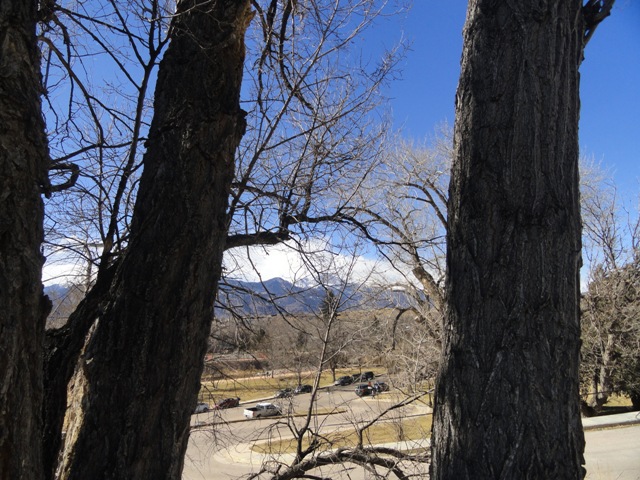 Today we were hit with more snow and below freezing temperatures; 'makes me glad we went out and enjoyed the sun while we had it.
family projects

Kelli Davidson said…
My goodness what a great visit to the arts center - and I love those found things boards - I have never seen one! I must make some soon.
March 4, 2014 at 3:08 PM

Lisa said…
Laurie, Have you seen the Chihuly exhibit in OKC? The art museum has one of the largest privately owned Chihuly collections in the United States. One of my favorite parts of the collection is the Persian ceiling - where you walk down a hallway with a plexiglass ceiling and his sculptures are laying on the plexiglass and are lit from above. Next trip to Oklahoma, you must put it on your list!
March 7, 2014 at 7:30 PM