- June 21, 2015
We celebrated a milestone the other day when Ben earned the rank of Eagle Scout.  We are very proud of him and the hard work he did to earn it; it was a long road. 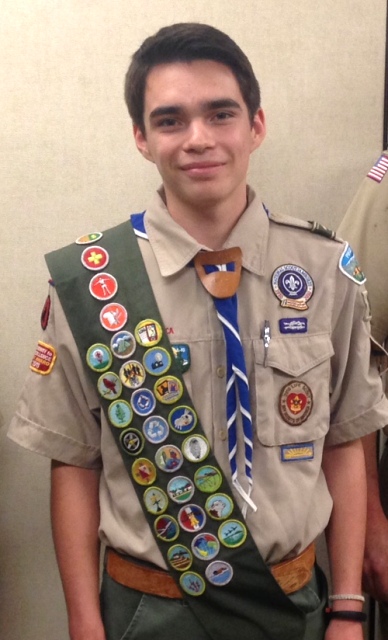 His journey to Eagle began in 2nd grade, when he first joined Cub Scouts. 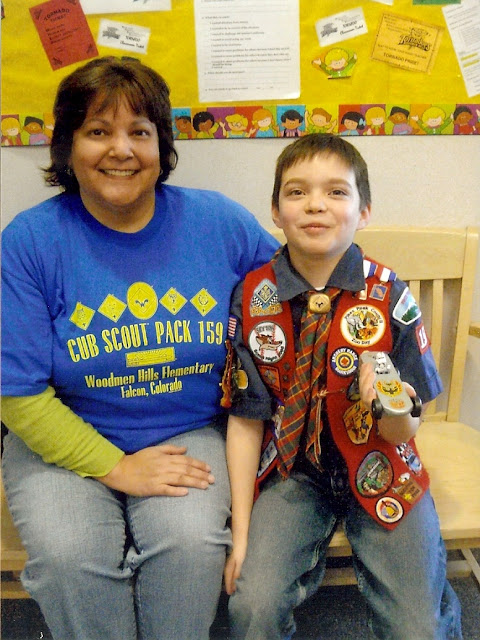 He's been a Scout faithfully all the years since then. 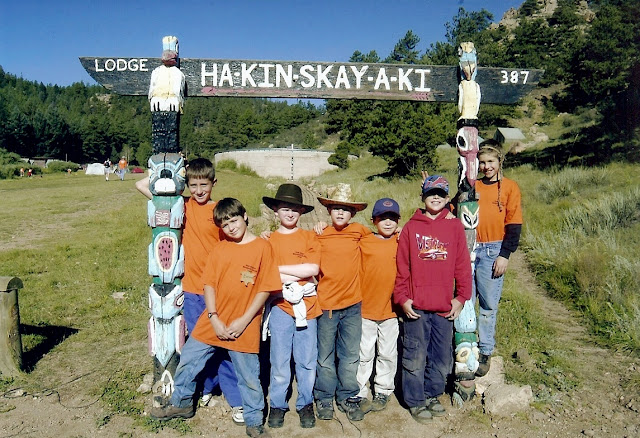 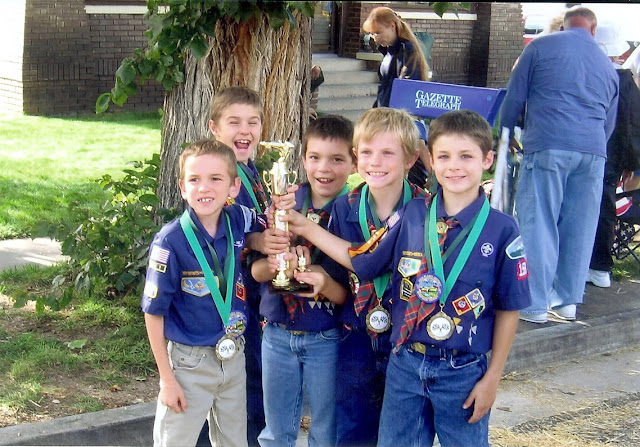 For a couple of years he belonged simultaneously to two troops because he joined a troop put together just to travel to the national Jamboree.  I blogged about that trip here. 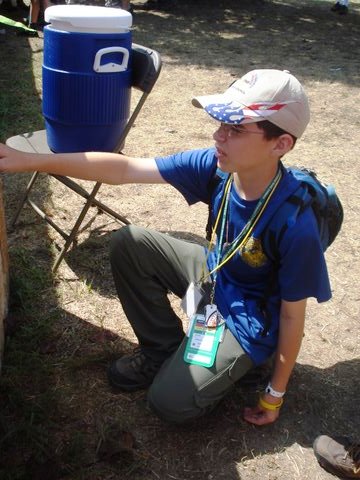 All through the Scouting years he's made some great friends, and they have grown up together. 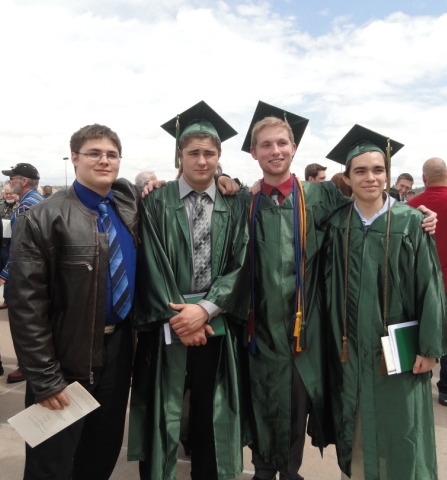 And he's had the chance to get to know and be mentored by a whole cast of wonderful adult leaders. 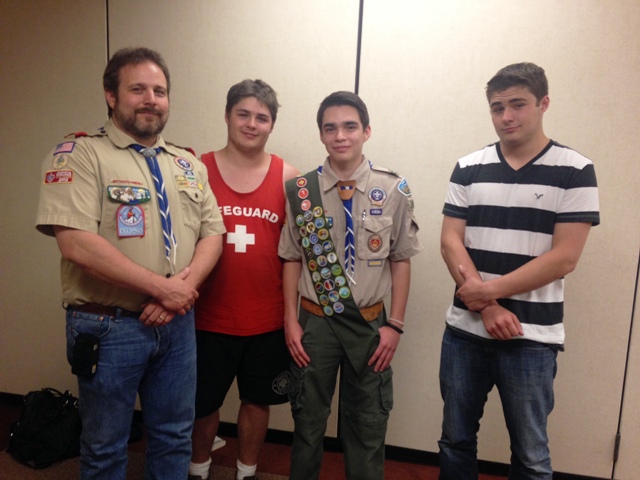 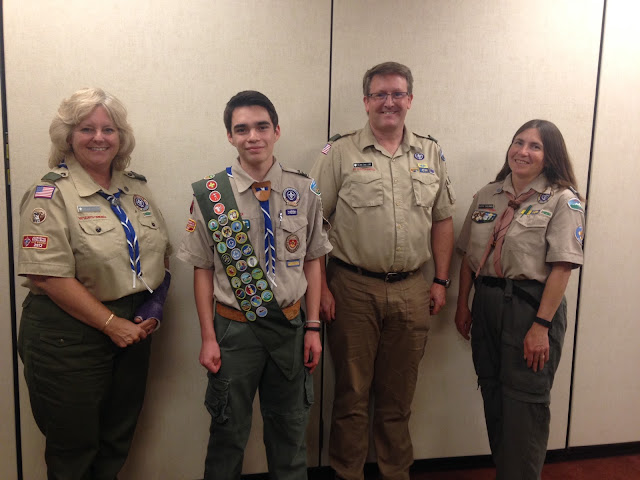 Ben's Eagle project was a service project for a local elementary school.  They wanted a particular addition to their playground with decorated tires and a bean bag toss. 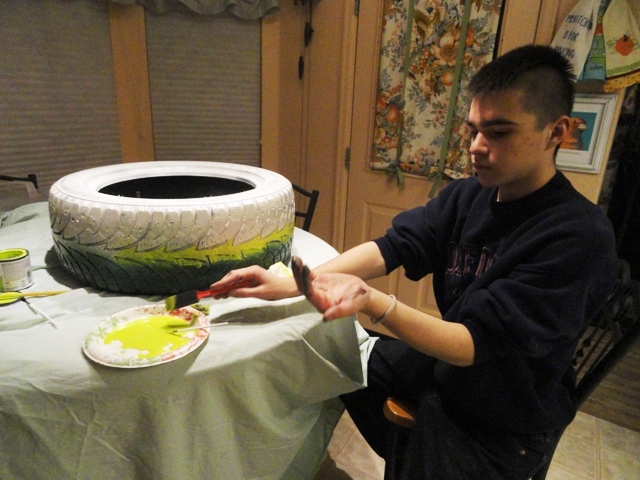 Tires were collected and painted at my kitchen table... 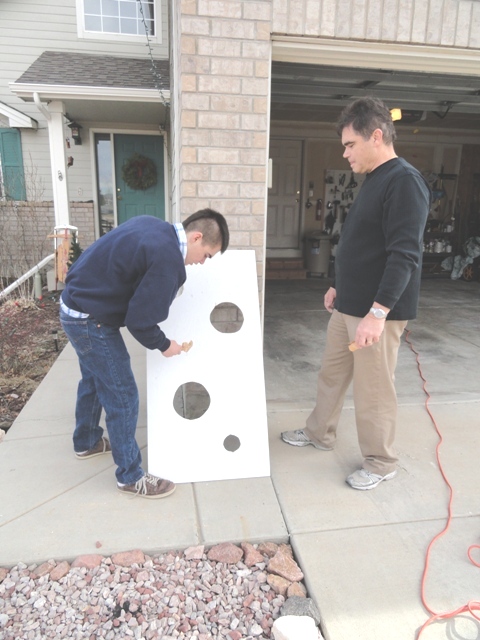 There was also a good bit of paperwork. 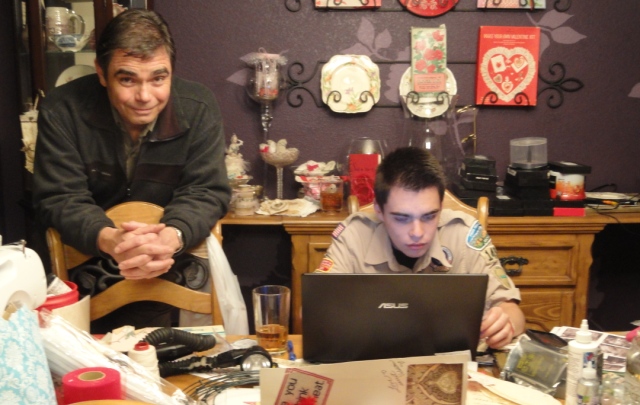 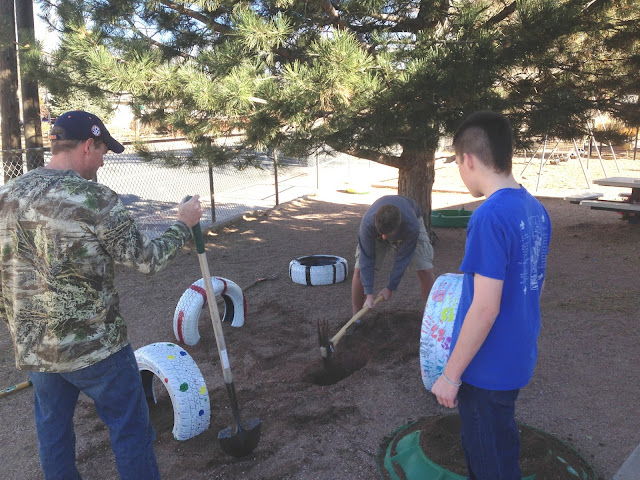 It was difficult to get good photos of the project in progress as it was very shady under a large tree, but here you get an idea of the work Ben and his friends did to make it happen.  I hope it will be enjoyed by the kids for years to come. 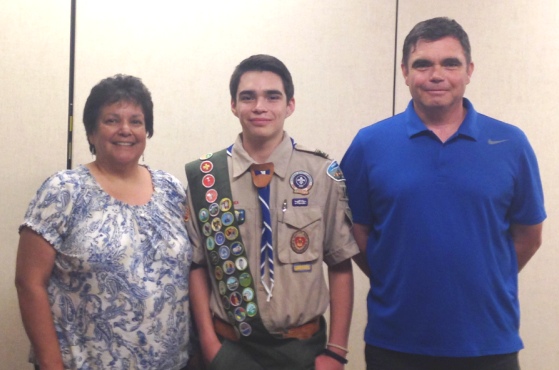 Lorraine said…
Congratulations to Ben! What a wonderful accomplishment.
June 21, 2015 at 7:33 PM

Kathy said…
Congratulations to Ben and a big well done!! Eagle Scout is an accomplishment he will take with him through his whole life.
My husband was an Eagle Scout and it is one of his proudest accomplishments to this day.
June 22, 2015 at 7:19 AM

The Junque Seeker said…
Congratulations, Ben, on a great accomplishment! Congrats to your mom and dad, too, for supporting you in your efforts and raising a fine young man.
June 22, 2015 at 10:50 AM

Kelli Davidson said…
Congratulations! My Son-In-Law is an Eagle Scout and I know what a tough road and great honor it is to earn the title. Something your son will be proud of his entire life!
June 22, 2015 at 7:48 PM

Tammy said…
Congratulations to Ben on his accomplishment and his high school graduation!
June 28, 2015 at 7:48 PM