- August 17, 2013
Some of the earliest, fun things I listed in my new job with shopgoodwill.com were five negative books from the early 1900s; they belonged to a gentleman named Howard Whipple who had a real love of amateur photography...and his family. 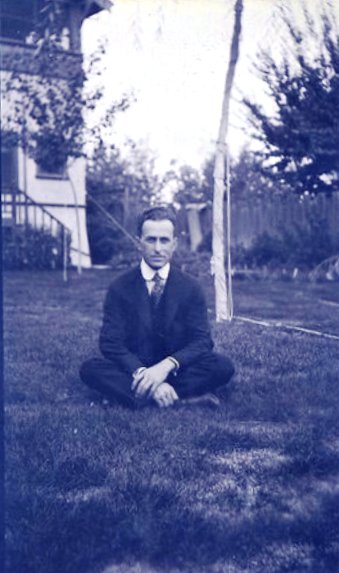 What I found so endearing about his collection of negatives was the note he wrote on the inside of one of the folders:

Jane is putting the finishing touches on a pink silk night gown she has just made for her Mother.  She and I have just returned from a walk to deliver Mrs. Miller’s sweater to her.  I have just finished putting into this book the first 10 negatives.  I wonder whether at some future date these negatives, which I now prize so highly and which I am trying to preserve for use – if ever there may be any – will be valued by anyone.  If our 2 albums of pictures taken from Jan 1, 1915 to March 13, 1920 should ever be burned or otherwise destroyed, then this system of negative preservation would enable us to replace priceless treasures.  The great wonder to me, tho, is whether in 1950 or even later, that little boy, Gregory, now nearly 10 months old, who is peacefully sleeping at the other end of this house, will value this irreplaceable record of these, the very earliest days of his, so far blissfully happy life.  He will be 30 then, and I shall be 69.  His mother will be 60.

How sweet is that?  The auction listings for his negatives, as well as separate ones for photo albums of prints from same, sold for quite a bit and I was so happy they went to a good home (the same person won them all.)  A few weeks later, two more negative albums came up for listing/auction.
They didn't attract as much attention as the earlier ones had -- but still sold for $67 for the pair. 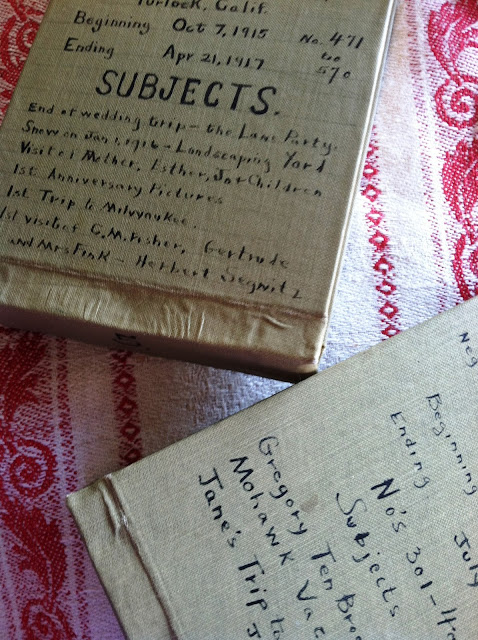 To me!
I was so excited; Mr. Whipple had endeared himself to me with his careful negative storage and heartfelt journaling.  In one of the albums I won, he'd written another installation: 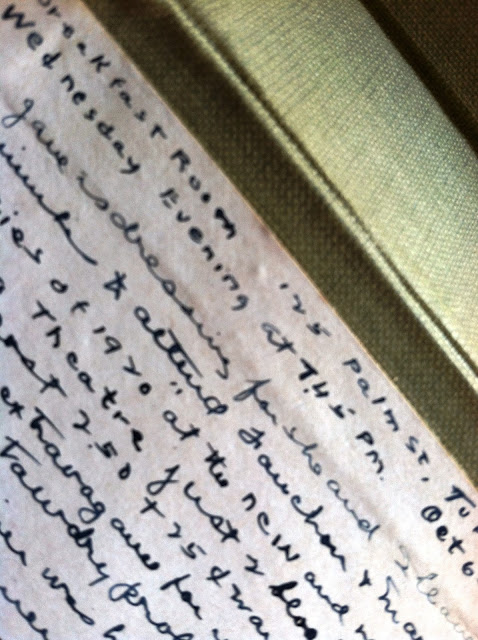 Today was the first chance I have had since I acquired them to begin to scan the negatives -- and I am already so inspired by them!  For your enjoyment, here are just a few of the treasures I've found within the first 30 negatives: 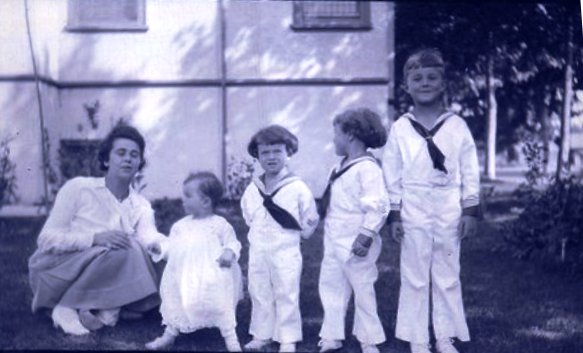 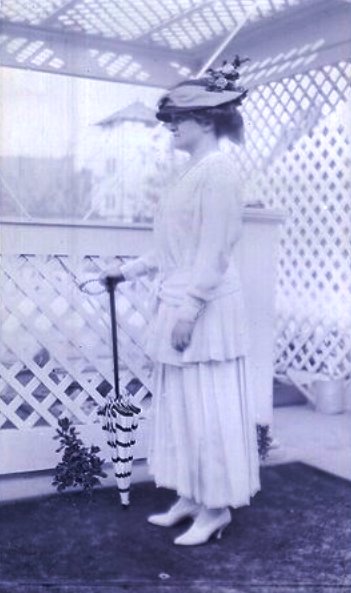 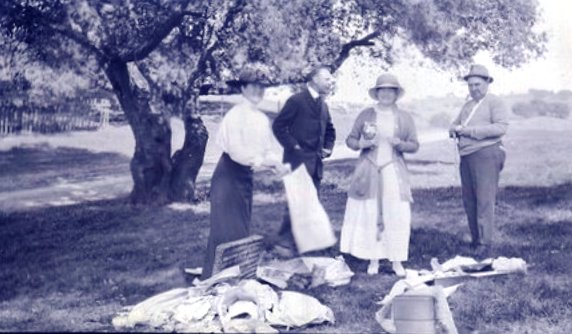 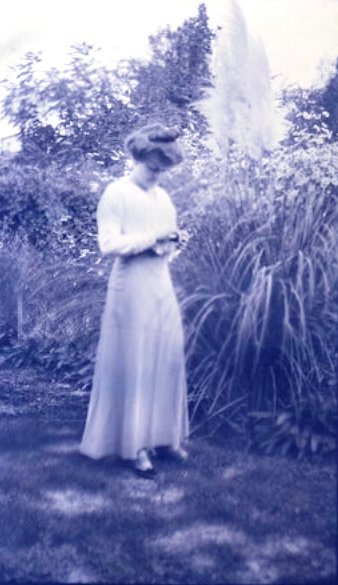 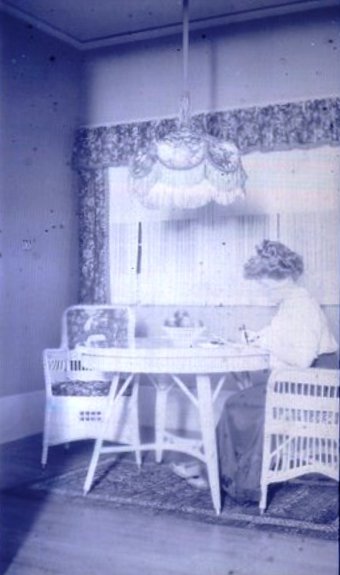 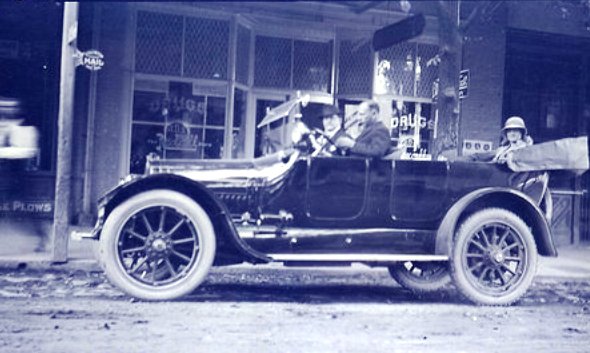 I often hear people say how sad it is that family photographs end up at Goodwill, and it breaks my heart, too. I prefer to think that Mr. Whipple's descendants had lots of copies/scans made of the photos and just didn't need the originals any longer.  A girl can hope.
antiques ephemera Mr. Whipple

JoJo said…
WOW! What a great find and yes, it is very sad when family photos and negatives end up at the goodwill or in antique shops. Have you tried to track down any of the descendants?
August 18, 2013 at 7:35 AM

Mosaic Magpie said…
It brought tears to my eyes...him wondering what would become of his project, so precious to him. Wondering if his child would cherish his works.
Thanks for sharing a very thought provoking post.
Deb
August 18, 2013 at 9:02 AM

Kathy said…
Oh my goodness, what an amazing chronicle of their lives. I adore the way he writes and just the fact that he took the time to write those things down. Laurie, you could put this all together into an imaginary (sort of) scrapbook and it would be just amazing.
So you say you are scanning the negatives. Do you use a photo editing program to turn them in to positives??
August 18, 2013 at 10:01 AM

Unknown said…
Very cool! I wish I'd see stuff like this before it sells! I thin a lot of people either don't care or they have no idea what to do with negatives anymore....great that someone is still preserving them family or not!
August 18, 2013 at 9:45 PM

Tammy said…
What an amazing find! At least the negatives found their way to someone who appreciates them and the work it took to document. Congrats on your win!
August 20, 2013 at 7:08 PM

Betsy@My Salvaged Treasures said…
This put a big smile on my face:-) What a treasure and I'm so happy to hear that they'll be enjoyed for years to come. Priceless!!
August 21, 2013 at 7:59 AM